WHERE IS OUR MONEY: $473 Million In Bitcoins Vaporized As Mt. Gox Exchange Files Bankruptcy 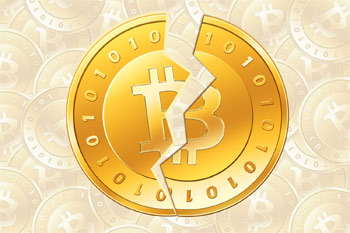 Due to inherent problems within the exchange mechanism used to trade the Bitcoin crypto-currency, the Mt. Gox exchange has closed up shop and filed for bankruptcy. Some $473,000,000 worth of BTC has simply vanished in what could be one of the largest digital heists in history. Investigators in Japan are inquiring into the unregulated exchange and the U.S. Federal government is also looking into it, but because of the nature of Bitcoin itself the money is, for all intents and purposes, gone. The operator of the exchange Mark Karpelès, who may or may not be involved in the disappearance of user funds has apologized for “causing trouble.”

If you don’t hold it in your hand, there is always the possibility of counter party risk, as is clearly the case with the Mt. Gox Bitcoin debacle.

Thus, we urge readers to take steps to, at the very least, diversify their personal portfolios into some form of physical goods, be it food, gold, productive real estate or other assets that will maintain some semblance of value in the midst of a crisis, lest you end up facing this:

For a case study of a blistering rise and an absolutely epic fall of an exchange that i) was named after Magic: the Gathering and ii) transacted in a digital currency which many have speculated was conceived by the NSA nearly two decades ago and was used as a honeypot to trap the gullible, look no further than Mt.Gox which after halting withdrawals for the second (and final time) has finally done the honorable thing, and filed for bankruptcy. As the WSJ reports, “Bitcoin exchange Mt. Gox said Friday it was filing for bankruptcy protection after losing almost 750,000 of its customers’ bitcoins, marking the collapse of a marketplace that once dominated trading in the virtual currency. The company said it also lost around 100,000 of its own bitcoins. Together, the lost bitcoins would be worth approximately $473 million at market prices charted by the CoinDesk bitcoin index, although the price of Mt. Gox bitcoin had fallen well below that index after it stopped bitcoin withdrawals in early February.”

The punchline: speaking to reporters at Tokyo District Court Friday after the bankruptcy filing, Mt. Gox owner Mark Karpelès said technical issues had opened the way for fraudulent withdrawals, and he apologized to customers.

“There was some weakness in the system, and the bitcoins have disappeared. I apologize for causing trouble”

So $473 million Bitcoins disappear just like that? But you heard the man – he is sorry. So all is well – and why not: it works for the TBTF banks every day.

Elsewhere, prices on the CoinDesk index, which tracks the Bitstamp and BTC-e bitcoin exchanges, fell slightly after the announcement but appeared to stave off a larger drop.

Mr. Karpelès, wearing a gray suit and a blue tie, appeared calm while his lawyer did most of the talking, but he appeared to have difficulty finding words when reporters asked him to send a message to his investors, just repeating his apology.

Computer geeks who were hoping to ride the momentum train to riches, and apparently had never heard of gold, were unhappy:

“It is disappointing they hid so much for so long,” said Jonathan Waller, a 30-year-old game developer who said he had had 211 bitcoin in Mt. Gox. “I hope they manage to become a fully-functioning exchange again, but their reputation is so damaged it may not be possible,” he said.

Over the past month, customers from as far away as the U.K. and Australia had come to air their complaints outside the company’s Tokyo offices. One of them, Londoner Kolin Burges, figured in news photos around the world holding a sign saying, “MT GOX—WHERE IS OUR MONEY.”

William Banks, a website developer in Australia, said he lost about 100 bitcoins in Mt. Gox. He had been using the platform since the end of 2012, when he bought some bitcoins at $40 each. Recently, he bought more at about $800 a pop as he became more confident in the virtual currency. He said he has contacted a Japan-based lawyer to look into legal action.

About Mt. Gox’s loss of bitcoins, he said, “That seems impossible to me. It’s just such an astronomical amount of coins to lose.”

Only when redenominated in USD. Remember: BTC is its own currency so why fret? As for the collapse of this latest Ponzi scheme: if things appear too good to be true (wink wink S&P 500), they usually are.