What to Do to Prepare for Financial Collapse: “Get Out of Debt. Store. Prep. Cash. Gold.” 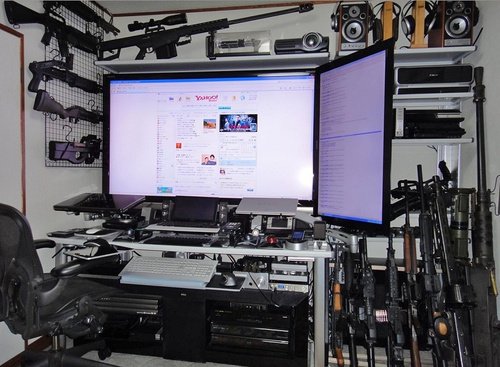 Prepare by balancing debt. Before you max out your credit cards on top notch gear, make sure you can survive the economic conditions that are coming.

Mass unemployment. Loss of income. Heavy dependence on assistance. And the biggest strain on the system we can imagine.

The United States is once again brought to the brink of collapse. Regardless of how dismissive mainstream voices are on the issue, it is clear that Americas is only a few shades and another crisis away from an all out return to the Great Depression era.

In 1929, it was a banking collapse that spread the panic, but it was the fallout in the heartland where its effects were felt. The means of survival become very difficult for the working class.

The comforts disappear, and even items like toilet paper are hard to come by. People line up in droves for handouts, because they are too desperate to do without. The proud become embittered as they wither to the bone, and people in the 1930s depression-era were hedged much better in mostly rural settings, with the ability to grow their own food.

Today, populations rely almost entirely upon deliveries, stocks and stores. All that could be gone in a matter of hours. If trucking were to halt, shelves would be empty and people would be rioting within three days, especially if EBT and other payments stopped or were cut off.

Beyond the flashpoints and headlines, investment dries up, small businesses cease. Goods stop flowing, inflation makes everything unaffordable anyway. Between a jobs shortage and a dysfunctional economy, it means hard times, whether then or now.

The two big signs of a financial collapse are high unemployment and runaway inflation. So, whatever preparations we make for the collapse, have to help us get through those two things.

What you can do, however, is lessen the impact that the collapse will have on you and your family.

Besides food, you want to be sure that you have a descent stockpile of other necessities. Personal hygiene products may be a problem finding, as well as over-the-counter medicines.

By the way, this is happening in both Cuba and Venezuela, among other places. The extreme poverty resulting from mismanagement and economic warfare has led to everyday conditions without toilet paper. Many people simply don’t have it, can’t afford to buy it, and have to make do with newspapers and the like.

Those are the conditions we are facing… not necessarily a genocidal war across society, but a sad and depressing leveling of once proud people.

It is familiar and disheartening news from abroad. Something that everyone assumed can’t happen here in the United States… but it is happening. Many Americans are descending into the most difficult period of their lives. The future looks gloomy at best.

So what can we do to face it?

It sounds a lot more like crappy, bureaucrat stagnation across the board. Long lines, slow, weak economy with centralized dependence on services, quite possibility at a price to liberty.

DEBT IS THE BIGGEST PROBLEM. GET OUT OF DEBT IF YOU WANT TO LIVE.

But it is debt that will catch up to most people first, because they are swamped in it, and have relatively little in assets. The rule of the next phase seems to be that those who can hold onto assets can produce a future.

That includes real estate, gold and tangible worthwhile things. Service and repair that is based around the type of needs that people will have when things shut down.

Personal defense, but also personal insulation from the financial pressures that are closing in on everyone else. If you lost your job tomorrow, how exposed are you on your home?

The most secure jobs will be those which supply essential services, followed by those that provide goods and services which people need to survive. Since people won’t be able to afford to buy new cars and appliances, repairing these types of items will be a very secure job as well.

Another thing to consider is starting a sideline business… something you can fall back on, if you lose your job when the collapse comes.

You may want to consider downsizing your home as well, especially if you’re at the point of having an empty nest. Ideally, you’ll want to sell your house and buy one that you can pay cash for, out of the proceeds of the first house’s sale.

Can you pay your mortgage, or find another job? How long until they repo your car, or take away your means to provide for yourself and your family.

Your best investment is getting out of debt. If you have $20,000 in a retirement account, you’re probably earning about 1% interest on it. At the same time, you might be paying 5% interest on your home. So, you’re losing money faster than you’re earning it. If you pay off your home, you have a net gain of 4.5%, even if you don’t have any money on hand.

The only investments that are secure during a financial collapse are precious metals and real estate.

Before even considering investments, you want to make sure that you have enough food and other supplies on hand. Ultimately, they are a much better investment than anything, even gold.

You can’t eat gold, that much is true, and obviously important to keep in mind. Trading in gold also means trading with people you think you can trust, because anything valuable will also be targeted for theft, high rates of exchange and other schemes to transfer your wealth.

Nonetheless, gold is one of the few assets that has proven to maintain value even in the worst conditions.

Let’s say that you have $30,000 in investments right now, but you owe $100,000 on your home. Pulling that money out of your investments and putting it into your home may not be a good idea.

If you can’t make the payments on your home, after the collapse, you might lose it, along with the $30K extra you paid. But if you put that money into gold and silver, it will probably go up. […] Once the gold and silver have appreciated enough in value, sell them and pay off your mortgage.

Many people simply will not be able to manage this. A large portion of the country is living strictly on a paycheck to paycheck basis. Most Americans have meager savings – at best.

But for those with the resources to do so, strategic payback of debts will cut down the number of predatory lines you have with the world of the collapse.

If you own it free and clear, it will be much harder for anyone to take it away from you, and it with have value if you are able to sell it.

While you may not have the resources to take on the biggest payments in your life – house, car, food, etc. – you can and should begin building back channels to an alternative lifestyle, and shutting down debt-trap operations that don’t serve your interests and can leave your entire livelihood completely vulnerable… whether it is a prolonged economic collapse, or a slow creeping malaise.

It is time to think outside of the trap.

How Would You Survive Hyperinflation in Venezuela?