What Happens When You Take A Firearm To NYC In Your Luggage? Fines And Jail Time 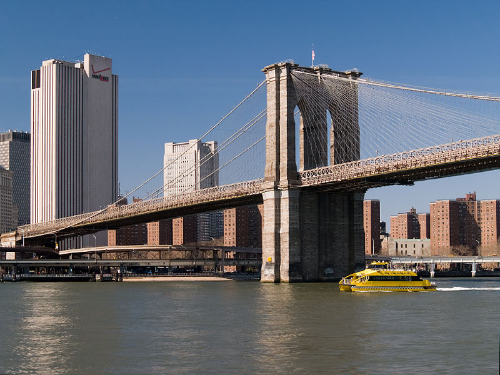 Most gun owners know that they can transport firearms in their luggage when they go on flights. All they have to do is follow the TSA’s procedures. The gun must be unloaded, locked in a secure case, and declared when you check in. You can fly with ammunition as well under similar procedures.

However, what the TSA fails to mention is that in certain cities this can land you in jail. They mention on their website that passengers must “comply with the laws concerning possession of firearms as they vary by local, state and international governments,” but that’s about it.

As John Stossel warned in a new video from Reason TV, carrying a firearms in your luggage while traveling to New York City can result in hefty fines and prison time. He interviews two individuals, Avi and Patricia, who had to pay $15,000 for this “crime,” one of whom was only guilty of carrying an empty pistol magazine.

But the most infuriating segment of this piece, was when Stossel went to interview district attorney Jack Ryan, who was responsible for charging these people. When asked about why Avi was charged for carrying an empty magazine, he deflected blame on the legislature for passing these laws.

Ryan: Whether the magazine is made out of plastic, kevlar, or metal, I think is immaterial to make a question of how many bullets it holds. That’s why New York has banned them.

Stossel: Isn’t it what’s material is whether it held any bullets? It didn’t. It was empty.

Ryan: You can discuss that with the legislature. They didn’t make it a crime only if there’s bullets in it. They made it a crime.

And when asked why Patricia was charged for carrying her unloaded weapon and ammunition in the same piece of luggage, Stossel was told that it’s illegal to transport loaded firearms. See if you can wrap your head around this exchange.

Ryan: Under New York Law if they’re together, they loaded. And so we have prosecuted a number of those cases.

Stossel: They’re loaded even if they’re not loaded?

Ryan: If the weapon and the ammunition are together they’re loaded.

Bottom line, if you’re a gun owner, don’t even think about taking it to New York City. New York is determined to persecute gun owners, and if you have a firearm, you’re an easy mark for the nanny state justice system in that city.