WHAT AN ENTRANCE: Earnings Season IS HERE! 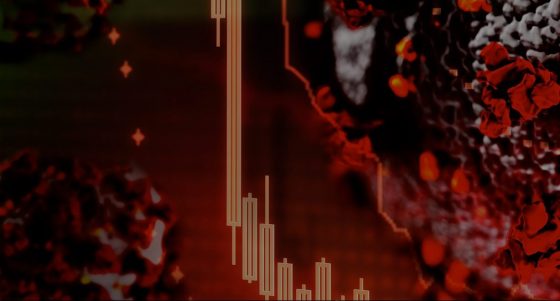 So far, this recovery has helped some individuals and institutions to restore all portfolio losses and even earn MORE THAN EVER before while sending a far greater amount of people into A TAILSPIN.

This is known as a “K”-shaped recovery and, in my opinion, all recoveries are of this shape.

The world as it was in January 2020 is no longer the same. People’s basic needs and aptitudes haven’t changed that dramatically, but government restrictions and the fact that we’re CONSTANTLY TOLD that nothing can go back to normal without a vaccine is DRIVING PEOPLE NUTS, quite frankly.

I’ve never seen the world THIS POLARIZED about how to proceed with routine activities; some think the lethality is nearly non-existent, while others are convinced they’re ABOUT TO DIE. 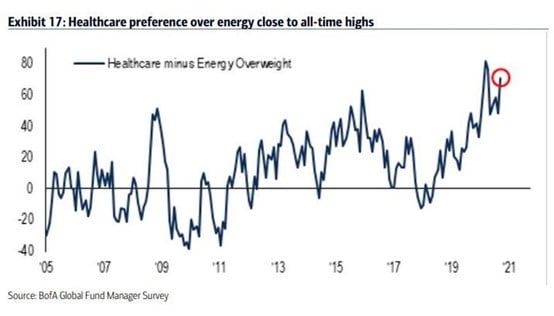 The ceasing of travel, the slowdown in the transportation of commercial goods, and the GRIND TO A HALT of daily commutes to work have caused energy stocks to come UNDER FIRE while the healthcare sector explodes higher. There has NEVER BEEN a more overweight allocation than this!

When we say energy, we mostly mean oil, natural gas, and coal since solar energy companies are SHINING. 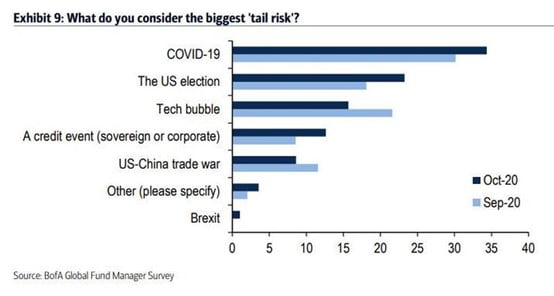 We’ve now reached a FINAL STRETCH of the presidential race and I wonder where the TRUTH LIES.

Are the polls more accurate than they were in 2016? Should we expect Biden to take it like these predict?

Are we to believe the polls aren’t precise, which then allows us to envision FOUR MORE YEARS of Trump?

Most importantly, will any of the two sides concede and not challenge the results? It’s going to be MIGHTY INTERESTING to see how long it takes before a CLEAR WINNER emerges. 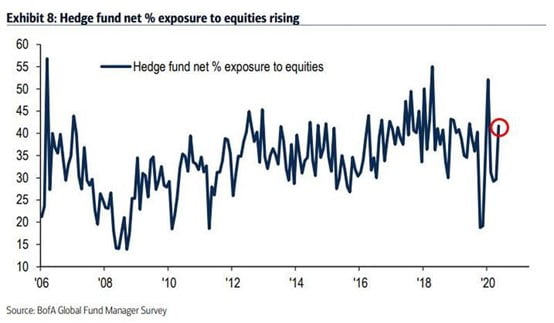 What’s becoming QUITE OBVIOUS is that hedge funds’ fears of a double-dip recession or another market crash HAVE DIMINISHED quite noticeably since they’re RE-ENTERING the equities markets.

I don’t have to tell you what’s happening with the retail public; they’re participating in what’s going on as well. Though many believe they are FUELING A BUBBLE, the approach of the large asset managers is that millennials have NOW SEEN what 2008 has done to their folks, which has caused them to LIVE FULL-THROTTLE (YOLO: You Only Live Once) up until 2020, at which point they saw that they MUST SAVE, invest, and think prudently so they had a STRONG REACTION to the stock market and are now heavily investing.

You might have a different opinion of what’s going on, but Larry Fink, the founder of BlackRock, which oversees over $7tn in assets, is telling us that millennials are in it for the LONG-TERM.

We believe the bull market in equities is fundamentally strong and that we’ll see MUCH MORE of it in the years ahead.