Weathering the Economic Collapse: Can You Reduce Any of These 10 Fixed Expenses? 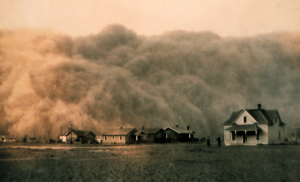 This article has been contributed by Daisy Luther of The Organic Prepper and author of The Pantry Primer.

The bells are tolling on the American economy.  Every day, another expert is warning us of the imminent demise of our way of life. If you’re paying attention, you can see it coming, like some huge storm system, bearing down on you. You don’t stand there and wait for it to hit you.  You don’t have to be a passive victim of the economy. It’s time to sit down and take a long hard look at where your money is going. Lots of financial experts give tips about reducing your discretionary spending but what about those fixed expenses? You can free up some large sums of money by reducing your monthly output.

Most of us have a set of fixed expenses.  Some of these are vital, some are not, and what is vital for me might not be important for you.

What fixed payments come out of your bank account every month?

Some of these, you can’t do anything about.  However, some of these payments can be reduced or gotten rid of altogether.

The real question is, if your financial circumstances changed dramatically, could you afford your current lifestyle? If the answer to that question is  ”No” then you need to figure out how to reduce your regular monthly output.

Keep in mind that what works for my family may not work for your family.  It will depend whether your spouse is on board, how dire your situation is, and with how much importance you weigh your frugality makeover what you opt to change. Some of these measures would be drastic, and others would only cause a minor change in your lifestyle. Let’s take a look at each of these expenses individually and ask some important questions.

It’s far better to make these changes before you’re forced to do so by circumstances.  If you can reduce your fixed monthly expenditures, you’re less likely to default on things that are true necessities, like keeping a roof over your head and food in the cupboards.  I would prefer to control the cuts myself rather than have the decisions made for me by foreclosures or repossessions.

Despite what the government wants us to believe, the financial situation in this country is not getting better, and it isn’t going to improve for a very long time. The economic storm is bearing down on us, and the most important preparation you can make right now is to figure out how to weather it.

Have you made any dramatic changes to your fixed expenses? What advice can you give to people who are just beginning to make these changes? Please share your suggestions in the comments below.

Daisy Luther is the author of The Pantry Primer: How to Build a One Year Food Supply in Three Months.  Her website, The Organic Prepper, offers information on healthy prepping, including premium nutritional choices, general wellness and non-tech solutions. You can follow Daisy on Facebook and Twitter, and you can email her at [email protected]

If you enjoyed this article, please Vote for The Organic Prepper as a top prepping web site.