Watch: The 5 Most Ridiculous Celebrity Freak Outs In Response To Trump’s Win 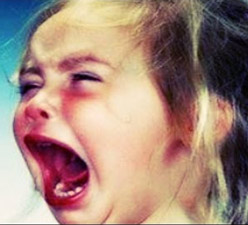 There are dozens of them roaming the internet right now and they’re not quite sure what to do with themselves.

Anticipating a coronation of Hillary Clinton, these celebrities totally freaked out after the election results were in.

Subscribe and stay up to date with daily news briefs, important reports and informative videos at The Daily Sheeple Youtube Page: