“Volunteer” Hawaiians Turn “Paradise On Earth” Into An Island Of Snitches 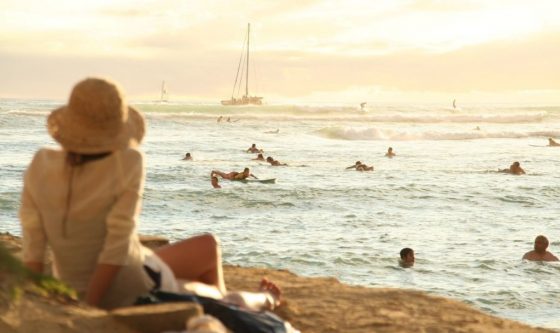 Travel publications around the world have referred to the Hawaiian islands as “paradise on earth.” But a much darker and more disturbing trend that was once relegated to the continental United States has taken Hawaii by storm.

Much has been written about Nextdoor’s “Karen” problems of reporting on people of color, and now as AP News reports, “volunteer” Hawaiians are turning suspected quarantine rule-breakers into the police.

When members of her Facebook group spot tourists posting about their beach trips on social media, Keen zeroes in on photos for clues like license plate numbers she can run down and distinctive furnishings she can match up with vacation rental listings.

Her group of “volunteer” snitches has spread across the Hawaiian islands, leading to the arrests of 35 vacationers so far.

So far, volunteer sleuths with her group Hawaii Quarantine Kapu Breakers — kapu can mean rules in Hawaiian — has helped find about 13 people on Oahu and 22 people on the Big Island who were later arrested by police, Keen said. Members on other islands assisted with other cases that led to arrests, she said. (To see a depressing 90 minute video of what Angela Keen’s group has done click here.)

Keen claims her group of “sleuths” is told not to approach potential violators and not to profile people because they look like outsiders. Which is misleading on numerous levels.

For a place that bills itself as a vacationers paradise with hotels, restaurants, sightseeing tours and car, boat, and helicopter rentals, it would be extremely easy for “volunteers” to identify vacationers.

Imagine going to Hawaii for a vacation and being arrested because a group of “volunteers” sent your pictures, license plate information, and whatever else they could find about you and your family to the police.

The group also tracked down visitors who had rented a Mustang through a company that loans out private owners’ vehicles. When arriving at the airport, they listed the car owner’s address as where they would spend quarantine, but the group found them at a short-term vacation rental in Waikiki.

I know some of you will say this great if people ignore the 14-day quarantine why shouldn’t “volunteers” report them. But looking at the bigger picture reveals a much more disturbing issue.

For one thing, police can use Keen’s group of volunteers and other groups across the country to do things they could not normally do without a warrant. (I’m looking at you Nextdoor.)

In the continental U.S. bars and restaurants are allowed to reopen only if they agree to snitch on customers.

The Department of Homeland Security and the city of New Orleans are creating a “new normal” by forcing bars and restaurants to collect customers’ personal information.

“We know everyone is eager to reopen. It’s not going back to normal; it’s what we’re calling ‘the new normal.’ It will be the data and not the date that drives not only the decision but the phased approach to reopen the City of New Orleans. Today, we are outlining what those guidelines will be for the City,” said Mayor Latoya Cantrell.

Remember in Hawaii and elsewhere “volunteers” or private citizens are giving police all the information they have collected, providing a loophole for police so they cannot be sued. It also has an added benefit of not being discoverable, meaning police do not have to disclose how they got the information.

Combine all of this and it becomes painfully obvious that police can use these groups to circumvent our Bill of Rights.

When a police spokeswoman attempts to justify “voluntarily” spying on vacationers everyone should take notice.

“As a small community here in Hawaii, it takes everybody to be able to keep everybody safe,” she said. “You know, some people say, ‘Oh, you’re snitching on people,’ but that’s not how you see it. It’s seen it as the fact that you want to keep the community safe,” Lt. Audra Sellers, a Maui police spokeswoman said.

Being an island community still does not justify snitching on neighbors as a way to keep the community safe. And it certainly is not a justification for doing an end-run around the Constitution.

Does a pandemic automatically make it OK for police to use volunteers to surveil people of color or monitor vacationers without a warrant?

I for one do not want to see a group of “Karens” turn Hawaii into a mirror-image of mainland America.