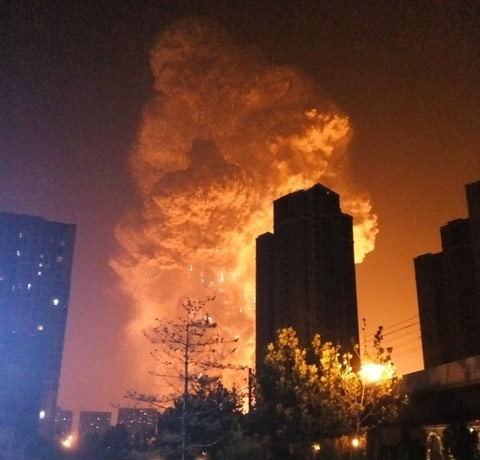 A massive explosion has rocked Tianjin, China killing 42 people and injuring 400 others. Reports say that the blast was so powerful it created a mushroom cloud and triggered an earthquake that was felt up to six miles away.

State broadcaster CCTV reported that the blast — which created a huge mushroom cloud and triggered a quake that could be felt up to six miles away — happened at Tianjin Dongjiang Port Rui Hai International Logistics Co. Ltd., which handles the transport of hazardous goods. (Source)

They said the explosion have shattered windows doors, shook their apartment buildings and sent people to the streets. Some have reported chemical gas leaks. 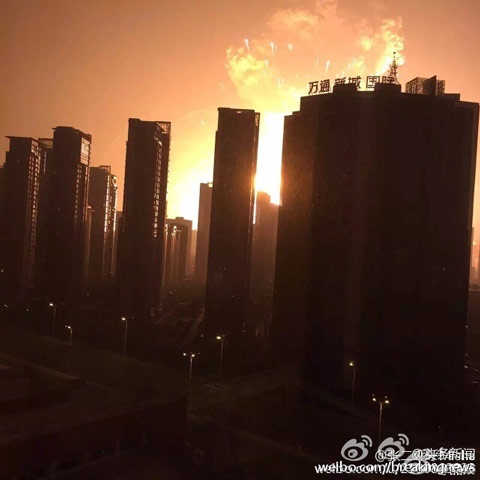 Several days ago explosions rocked northern Iran, with early eye witness and news reports indicating that a meteor was to blame for what one witness called destruction on an unimaginable scale. Most interesting about the event in Iran is that neither NASA or the mainstream U.S. media mentioned it in their daily news briefs.

In China, officials claim that the cause of the mushroom cloud explosion was the result of flammable goods.

The US Government Is Prepping For Unlikely Events Like War, Catastrophic Collapse of Society, and Even Asteroids