[VIDEO] Mattis: US Needs ‘Offensive Weapons In Space’ For Defense 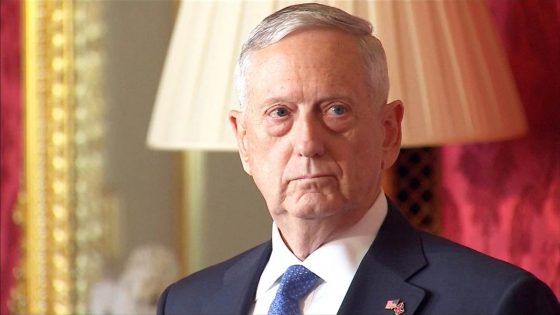 Secretary of Defense James Mattis claims that it’s not enough for the United States to have advanced weapons on Earth, but in order for the nation to be safe, the country needs weapons in space. Mattis alleges that in order to protect the American way of life, the Pentagon must be prepared for the deployment and usage of offensive weapons in space.

“We are going to have to be prepared to use offensive weapons in space should someone decide to militarize it and go on the offensive,” said the retired Marine who took over the Pentagon in January 2017, according to RT. In any competitive sport in the world, “you cannot simply play defense and win,” Mattis added. “This is not an area that we want to be second-place in.”

Space is “critical to our economy, it’s critical to our way of life, we’ve grown reliant on it,” Mattis said. In addition to the surveillance and military intelligence roles, US satellites are used for navigation, communication, commerce, and banking.

President Donald Trump has also declared his desire to create a Space Force, a branch of the US military. But actions in space come as the US government is a whopping $21 trillion in debt with a $1 trillion deficit, so the real question is how is this going to get paid for? More debt? But apparently, other major government forces are already attempting to militarize space, leaving the US what the warmongers declare as “no choice.”

The president’s critics have met the Space Force proposal with derision, treating it as an expensive joke, but Mattis’s remarks suggest that the administration is deadly serious about it. –RT

The only thing really in the US government’s way is the Outer Space Treaty of 1967, which prohibits the deployment of any weapons of mass destruction to the Earth’s orbit. It also bans states from testing any weapons in outer space as well as from establishing military bases on the Moon and other celestial bodies.

It appears, if taken at face value, that the US government is going to soon be propagandizing and looking for a way to withdraw from the Outer Space Treaty in order to militarize space and spread war beyond Earth. Since coming into office, president Trump has unilaterally withdrawn from a number of treaties and agreements, from the 2016 Paris Accords on climate change and the 2015 Iran nuclear deal, to the 1988 Intermediate-Range Nuclear Forces (INF) treaty limiting US and Soviet cruise missiles in Europe.