Venezuela Has Officially Abandoned The Petrodollar – Does This Make War With Venezuela More Likely? 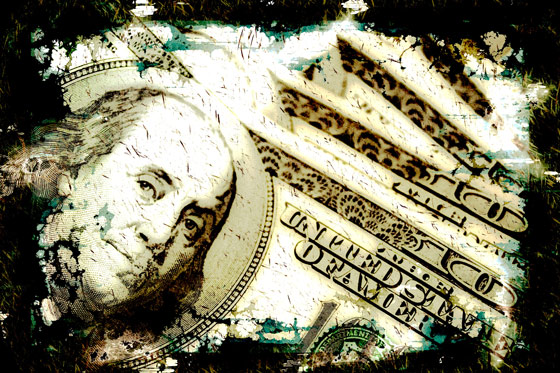 Venezuela is the 11th largest oil producing country in the entire world, and it has just announced that it is going to stop using the petrodollar. Most Americans don’t even know what the petrodollar is, but for those of you that do understand what I am talking about, this should send a chill up your spine. The petrodollar is one of the key pillars of the global financial system, and it allows us to live a far higher standard of living than we actually deserve. The dominance of the petrodollar has been very jealously guarded by our government in the past, and that is why many are now concerned that this move by Venezuela could potentially lead us to war.

I don’t know why this isn’t headline news all over the country, but it should be. One of the few major media outlets that is reporting on this is the Wall Street Journal…

The government of this oil-rich but struggling country, looking for ways to circumvent U.S. sanctions, is telling oil traders that it will no longer receive or send payments in dollars, people familiar with the new policy have told The Wall Street Journal.

Before we go any further, we should discuss what we mean by the “petrodollar” for those that are not familiar with the concept. The following comes from an excellent article by Christopher Doran…

In a nutshell, any country that wants to purchase oil from an oil producing country has to do so in U.S. dollars. This is a long standing agreement within all oil exporting nations, aka OPEC, the Organization of Petroleum Exporting Countries. The UK for example, cannot simply buy oil from Saudi Arabia by exchanging British pounds. Instead, the UK must exchange its pounds for U.S. dollars. The major exception at present is, of course, Iran.

This means that every country in the world that imports oil—which is the vast majority of the world’s nations—has to have immense quantities of dollars in reserve.

As will be explained below, the fact that virtually everyone around the world has to use our currency to buy oil is a massive advantage for us. Venezuela knows this, and so in response to new sanctions being imposed upon them, they are hitting us where it hurts…

Oil traders who export Venezuelan crude or import oil products into the country have begun converting their invoices to euros.

The new payment policy hasn’t been publicly announced, but Vice President Tareck El Aissami, who has been blacklisted by the U.S., said Friday, “To fight against the economic blockade there will be a basket of currencies to liberate us from the dollar.”

If more nations start to follow suit, it would be absolutely disastrous for the United States.

In other articles, I have detailed why the petrodollar is so incredibly important to our economy and our financial system.  The following is an extended excerpt from one of those previous articles…

So why is the petrodollar so important?

Well, it creates a tremendous amount of demand for the U.S. dollar all over the globe.  Since everyone has needed it to trade with one another, that has created an endless global appetite for the currency.  That has kept the value of the dollar artificially high, and it has enabled us to import trillions of dollars of super cheap products from other countries.  If other nations stopped using the dollar to trade with one another, the value of the dollar would plummet dramatically and we would have to pay much, much more for the trinkets that we buy at the dollar store and Wal-Mart.

In addition, since the U.S. dollar is essentially the de facto global currency, this has also increased demand for our debt.  Major exporting nations such as China and Saudi Arabia end up with giant piles of our dollars.  Instead of just letting them sit there and do nothing, those nations often reinvest their dollars into securities that can rapidly be changed back into dollars if needed.  One of the most popular ways to do this has been to invest those dollars in U.S. Treasuries.  This has driven down interest rates on U.S. debt over the years and has enabled the U.S. government to borrow trillions upon trillions of dollars for next to nothing.

But if the rest of the world starts moving away from the U.S. dollar, all of this could change.

History has shown that when the status of the petrodollar is threatened, the U.S. is swift to take action.

And it is very interesting to note that President Trump will be meeting with Latin American leaders next week, and the main topic for discussion will be “the Venezuela crisis”…

U.S. President Donald Trump has invited three Latin American leaders to dine with him next week in New York as he seeks to address the Venezuela crisis and build bridges with the region after an acrimonious start with neighbor Mexico.

The political and economic turmoil in Venezuela, source of 10 percent of the oil consumed by the United States, will almost certainly top the agenda when he receives the center-right presidents of Peru, Colombia and Brazil at Trump Tower on Monday evening, diplomats said.

Could this latest move by Venezuela be enough to potentially spark a military conflict?

The guys over at Zero Hedge seem to think so…

Having threatened China today with exclusion from SWIFT, we suspect Washington is rapidly running out of any great ally to sustain the petrodollar-driven hegemony (and implicitly its war machine). Cue the calls for a Venezuelan invasion in 3…2..1…!

It would be absolutely no surprise at all if John McCain and Lindsey Graham start appearing on the major news networks calling for war with Venezuela, but hopefully President Trump will not listen to such nonsense.

No matter how important the petrodollar is, there is absolutely no reason to go to war to protect it.

And if war talk does begin, the American people need to make their voices heard very, very loudly. We have been in useless wars before, and we certainly do not need another one.