Upside Down Kingdom: Kanye West Is Preaching The Gospel, But Pope Francis Is Telling People Not To Evangelize 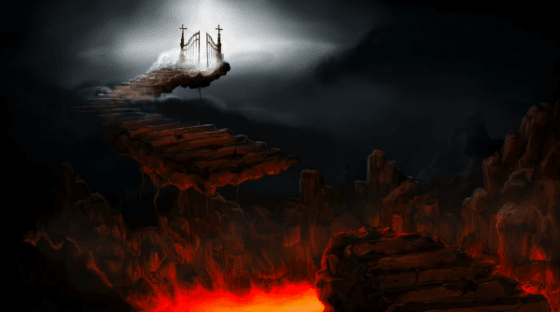 Pope Francis has certainly said a lot of controversial things over the years, but what he just told a group of Christian high school students is the most controversial of all.  I know that may be hard to believe because some of the statements that Pope Francis has made in recent years have definitely been extremely bizarre.

For example, he has said that “Muslim terrorism does not exist”, he told a gay man that “God made you that way”, and he has referred to Christian fundamentalists as “a scourge”.  But what he has just said tops all of those previous statements.  According to Breitbart, Pope Francis told a group of high school students that he was visiting with that they should never try to convert others to Christianity…

Pope Francis told Christian high school students this weekend they should respect people of other faiths and not attempt to convert them to Christianity, insisting “we are not living in the times of the crusades.”

Asked by one of the students Friday how a Christian should treat people of other faiths or no faith, the pope said that “we are all the same, all children of God” and that true disciples of Jesus do not proselytize.

In fact, the Pope went on to say that if someone comes to you and is trying to share the gospel, that individual “is not a disciple of Jesus”…

And in case there were some students that were confused about what he had just said, Pope Francis made the exact same point one more time…

Football teams proselytize, this can be done. Political parties, can be done there. But with faith there is no proselytism.

So there you have it.

According to Pope Francis, Christians are never supposed to try to convert anyone.

But this would seem to directly contradict the words of Jesus.  The following are just a few examples…

18 And Jesus came and spake unto them, saying, All power is given unto me in heaven and in earth.

19 Go ye therefore, and teach all nations, baptizing them in the name of the Father, and of the Son, and of the Holy Ghost:

20 Teaching them to observe all things whatsoever I have commanded you: and, lo, I am with you always, even unto the end of the world. Amen.

15 And he said unto them, Go ye into all the world, and preach the gospel to every creature.

But ye shall receive power, after that the Holy Ghost is come upon you: and ye shall be witnesses unto me both in Jerusalem, and in all Judaea, and in Samaria, and unto the uttermost part of the earth.

Of all the things that Pope Francis has ever said, this has me more upset than anything else by far.

Does he really want billions of people to have no hope?

Because without Jesus, there is no hope and no future for anyone.

Even if you are able to have all the health, wealth, fame and pleasure in this life that you could ever want, there would still be no future for you without Jesus.  This life is not the end, and thanks to the cross we can have eternal life through Jesus Christ.  This is the greatest news that anyone could possibly ever receive, and we should be trying to share it with everyone that we can.  I share an extended version of the gospel on all of my websites, and the longest chapter in all of my books is an invitation to become a Christian.

But apparently Pope Francis does not think that we should be trying to share this message with anyone.

What in the world is he thinking?

On the other hand, one of the most notorious rappers on the entire globe is now proudly preaching the gospel and trying to reach as many people with the message of the cross as he possibly can.

For most of his career, very few people would have ever imagined that someday Kanye West would be a passionate Christian evangelist.  But of course, the truth is that the message of the cross can change anyone, and nobody is out of God’s reach.

When I was encouraged to watch West’s new video entitled “Follow God” last month, I have to admit that I was impressed.  It has already been watched more than 25 million times on YouTube, and you can find it right here.

But what has impressed me far more is the fact that West has been encouraging people to give their lives to Jesus at his live events.  The following comes from Charisma…

According to two people who attended a Kanye West concert on Friday, over 1,000 people gave their lives to Jesus Christ during the famed rapper’s altar call.

West performed underneath the crosses outside Bethany Church in Baton Rouge, Louisiana. The event drew thousands of people who came to lift their hands and worship. Even though the service started an hour late, according to Fox 8, people said they were thrilled to participate.

West and his crew even had the gumption to give an altar call when they performed at Lakewood not too long ago.

It is not how you start in life that matters.

What really matters is how you finish, and I find it quite bizarre that Kanye West and Pope Francis are both running in completely opposite directions.

West is trying to tell everyone that he can about Jesus, but meanwhile, the Pope doesn’t want his followers to try to convert anyone.

Of course, both West and the Pope could change directions again tomorrow.  Every day is a test, and all of us will face great challenges during the times that are coming.

But at this moment, Kanye West is using every opportunity he has to preach the gospel, and because of that I rejoice.