Unreal: Liberal Black Journalist Suggests That Charlie Rose And Other White Abusers Were Racist For Not Sexually Harassing Her 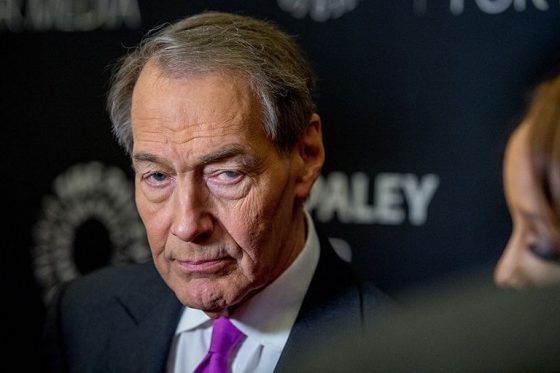 In yet another example of the insanity that is hard-left identity politics, a liberal black journalist has written an article in which she declares that Charlie Rose and other white abusers were racist because they didn’t sexually harass black women in the workplace.

That’s right, liberals are now actually arguing with each other over who the bigger victim is, even as most of the country looks on it shock at how insane one has to be to actually be angry that they were not sexually harassed while attempting to make the story not about the actual victims but about oneself.

The journalist, Esquire’s Rebecca Carroll, began her piece by describing her experience working for Charlie Rose in the late 90’s before pivoting into said insanity.

In 1997, I joined the production team of Charlie Rose’s popular interview show. I was the only black journalist on staff. At the time, there was little to no recognition of what it meant to be black and female in a workplace dominated by white men.

Twenty years later, in this watershed moment of examination and reckoning as one powerful white man after another is disgraced following allegations of sexual misconduct ranging from harassment to assault, we’re still not talking about the ramifications for black women—or the broader connection to structural racism in America.

Charlie Rose’s show, a news program celebrating the art of the conversation, seemed like a perfect fit for me. I wasn’t a classically trained journalist or broadcast producer, but at 27 years old I’d published three interview-based books about race in America with a major publishing house.

At Hampshire College, the private liberal arts school known for its alternative curriculum, I had found my way to the Studs Terkel model of journalism: conversations as a way to tell stories.

That’s right, according to Carroll, the story isn’t about the victims of Rose’s harassment (who all happened to be white) but rather it is about “structural racism” and the terrible fact that Rose didn’t target women of color for said harassment.

As I’ve been prone to say lately, you truly can’t make this stuff up.

In the nearly two years I worked for the show, a mere fraction of the guests were black—more than one of whom told me in confidence after their appearance that they’d found Charlie’s tone condescending and dismissive.

This was the infrastructure of the show: All the valuable, sought-after guests were white—a common occurrence across media platforms.

And while many of us on staff were subject to Charlie’s unsolicited shoulder massages and physical intimidation, as he towered above us at a height over six feet tall, the women Charlie preferred and preyed upon—at least that I witnessed—were white. It was an environment that all but erased me, while simultaneously exploiting me as a black woman.

Yes, you read that correctly. Carroll is actually ranting about being “erased” from the environment because she wasn’t a victim of the bosses sexual harassment.

Carroll then attempted a slight backtrack from her transparent insanity but it too completely failed.

To be clear, I’m not suggesting it would have been preferable for Charlie to have preyed upon me, too—but rather, his sexualization of white women was a manifestation of gendered power dynamics in the same way that his not sexualizing me was an expression of racialized power dynamics.

To be clear, Carroll literally just implied that it was racist for Charlie not to prey on her and then immediately after (in the same article) tried to debunk herself.

This is the height of hard-left insanity folks!