Understanding The Stress Response: It Can Buy You Valuable Seconds 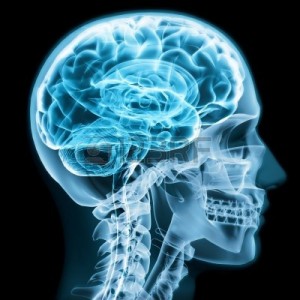 This article has been contributed by Lizzie Bennet of Underground Medic. Lizzie is a catastrophic emergency medical practitioner, as well as an analyst and lecturer in fields that include anaesthetic pharmacology, operating department practice, anaesthetics, and human anatomy.

Survival in extreme situations often depends on an individuals ability to respond to the threat they are faced with. The stress response in humans has for decades been referred to as the ‘fight or flight’ response.

Now if you have a couple of Uzi’s and enough ammunition none of this applies to you because you could probably wipe out any number of malcontents advancing towards your property. For the rest of you, well, I hope you find some use in what I have to say.

When faced with a sudden or extreme threat, two body systems act together to give you the best possible chance of survival. The reaction is for the most part not under your control. Your brain and your body decide what happens, the biggest toughest guy in the bar may turn and run, the tiny young bar tender may not, 90% of what happens is decided by chemistry.

The sympathetic nervous system and the adrenal-cortical system get together at the first sign of a serious threat and if the threat persists for longer than a few more seconds both systems kick into high gear and adrenaline (epinepherine), noradrenaline (norepinepherine) and a couple dozen other hormones flood the body and the fight or flight response is triggered.

It is your reaction to this flood of chemicals that decides what happens next. The first, often vital seconds can be wasted whilst your body decides what to do, which option will give you the best chance of survival. Your brain is processing information much faster than usual and increasing or decreasing the levels as the situation dictates. Running for your life or staying to fight is not at this point entirely under your own control, though the 10% of you not being guided by this chemical battle will have a bearing on the final outcome. If you have thought through the likely scenarios, and come to a conclusion, you will not be wasting time working out what to do.

Highly trained individuals are much more able to overcome the flight part of the response and stand their ground and fight. Equally, in a hopeless situation they’re training allows them to make the decision to retreat faster than the average person would. This should never be construed as cowardice, it is simply a tactical withdrawal that leaves them alive to fight another day.

Sadly some of those we may call ‘The Golden Horde’ may also possess the ability to make decisions faster than the average person. Those used to living on their wits will cope better in flight or fight situations than the average man simply because they have been in similar situations more often than Mr Average. Their most common reaction though is to fight, even when if they’d listened to the 10% of their brain not being controlled they would have realized it is unwise to do so.

It’s this that marks the difference between the gangs and highly trained individuals…those who are well trained know when to retreat for tactical reasons, gangs do it out of fear, and it’s this fear that can buy you time and make a hell of a difference to the outcome of a confrontation.

I know the urge to shoot at a roving gang going door to door down your street would be strong, but if you are at home, holed up with the family and you’re drastically outnumbered this may not have the outcome that is best for you or your family.

The urge to shoot first and hope you’re alive to ask questions later is almost overwhelming in such  situation, but sometimes you have to go with the 10% of you that isn’t under the control of biochemicals coursing around your body.

People hunting in gangs have a pack mentality, they are set on a course of action and it often doesn’t enter their head that they will fail, they have not failed before, why should this occasion be any different?

That’s where control and logical thinking comes into it. Announcing to said gang that you are there by spraying the road with bullets is unlikely to deter them…they are armed, and past experience tells them that you are outnumbered. They are not thinking tactics, they are thinking of nothing but what they can steal from your home.

This makes them dumb, and relatively easy pickings for someone who is thinking tactically.

The Bones Of It

Now here I have to be careful. I have been advised by a Lizzie loyal police officer that spelling out some of the methods that can be used to stop these roving gangs could get me arrested. It’s a British thing, the government decided a while back we were not allowed to defend ourselves. It’s best just to give you some examples of how dangerous ‘kitchen chemistry’ can be, and why therefore you should NEVER resort to using such methods…

We are told never to mix chemical cleaners as dangerous gases can be formed as a result. The son of a friend of mine didn’t believe this so he tried it, and produced a nice cloud of a chlorine gas.

The stupid boy had duct taped two jam jars together and put one solution in each jar, the idea being to drip one drop at a time from one jar into the other. Of course when he knocked it over the fluids mixed, and he spent several hours in the emergency department with streaming eyes, gasping for breath, and some nice burns from splashes that had landed on his legs to boot. Here is a fact sheet telling you what you must not mix together and why.

Teenagers are indeed foolish. There are reports from police in the US that kids are making items  based on an episode of MacGuyver. There have been some nasty injuries, and it’s a good job they used plastic bottles not glass or things would have been a good deal worse. Glass shards can travel a hell of a long way from their original breakage point.

There is even a case of a church receptionist using wasp nest killer instead of pepper spray on police advice as it shoots way further than mace. Remeber not to get a flame near it as it is highly flammable and becomes something of a flame thrower!

I digress, sorry, back to tactics. Anything you can do to put these people on the back foot is to your advantage. Hidden tanglefoot, or even a board with nails whacked through becomes invisible at night, the prime time for attacks.

Unusual and unpleasant chemical smells, loud noises, anything that isn’t expected immediately increases the stress levels of those that seek to do you harm. If these items can be placed a little way off your property all the better, it allows you to leave a few more surprises on your drive or garden should they decide to continue their approach.

Now, if nothing else has deterred them and they are getting a little too close to the door then the time has come to show your hand and if you are not lead deprived as we are here in the UK…shoot.

The delay, the putting off of firing for a minute or two has given you a couple of distinct advantages:

Giving yourself time to listen to the 10% of your brain under your control can, in many circumstances pay dividends that brass and lead alone cannot deliver.

Lizzie Bennett has extensive medical and trauma training and is the author of Underground Medic. In addition to her experience as a catastrophic emergency medical practitioner, Lizzie is a researcher, analyst and lecturer in fields that include anaesthetic pharmacology, operating department practice, anaesthetics, and human anatomy. She is the author of the Armageddon Files, a series on emergency medicine in off-grid scenarios.