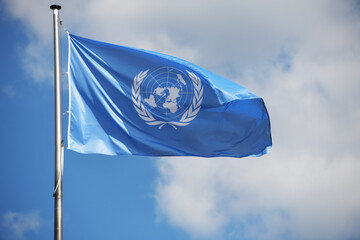 United Nations Secretary-General António Guterres gave a grim assessment of global developments on Tuesday, September 20th. Guterres said that we are looking at a fairly gloomy and dark upcoming “winter of global discontent” from rising prices, a warming planet, and deadly conflicts.

“Our world is in peril,” Guterres told the opening of the United Nation’s 193-member annual assembly in New York. “A winter of global discontent is on the horizon,” Guterres said according to a report by Euractiv.

According to the UN’s assessment, countries are “gridlocked in colossal global dysfunction” and are increasingly not ready or willing to tackle the major challenges. “Trust is crumbling, inequalities are exploding, our planet is burning. People are hurting – with the most vulnerable suffering the most,” he added, presenting the annual report on the work of the body. “The United Nations Charter and the ideals it represents are in jeopardy,” he said.

The UN claimed that cooperation and dialogue are the only paths forward, he warned that “no power or group alone can call the shots”. But we know what they mean is that the ruling classes and masters of the planet will call the shots, not the people being ruled over.

Guterres also said peace is not coming soon when it comes to Russia and Ukraine. “I do not see that in the immediate future. But I can say one thing. We will never give up.” However, he said it won’t last forever either.  “This war will not last forever. There will be a time when peace negotiations will take place,” Guterres told reporters later, speaking alongside Austrian President Alexander Van der Bellen.

The food crisis, caused by ruling classes worldwide was also somehow a concern of the UN.  “Around the world, 50 million people are on the brink of starvation in 45 countries,” they said, adding that as many as 19,700 people are estimated to be dying of hunger every day, which translates to one person every four seconds.

And let’s never forget the cause of all of this! Climate change.

“We have a rendezvous with climate disaster,” Guterres warned.

“It must be the first priority of every government and multilateral organisation, and yet climate action is being put on the back burner despite overwhelming support across the world,” he added. With global temperatures rising and natural disasters, like the massive floods in Pakistan, increasing in number, Guterres lashed out at fossil fuel companies and the “suicidal war against nature. Let’s tell it like it is: Our world is addicted to fossil fuels. It’s time for an intervention. We need to hold fossil fuel companies and their enablers to account.”