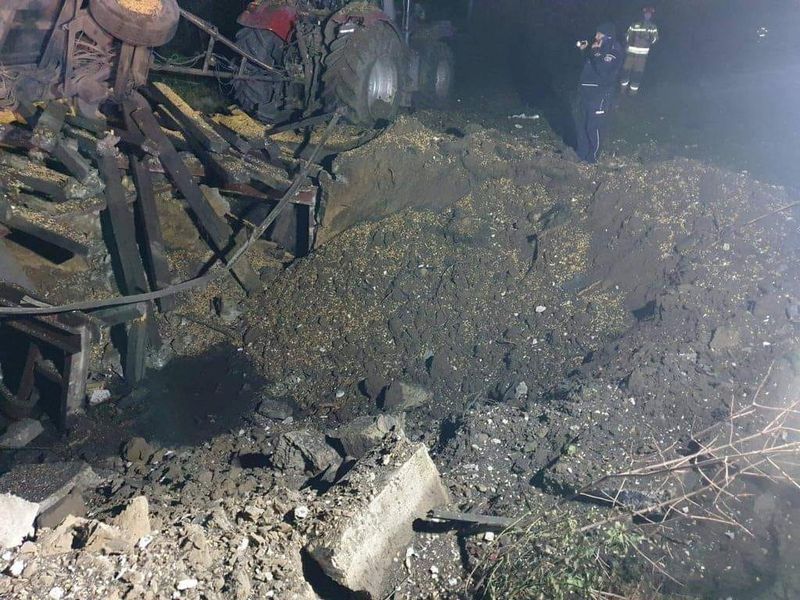 “This is not Ukraine’s fault. Russia bears ultimate responsibility as it continues its illegal war against Ukraine,” NATO Secretary-General Jens Stoltenberg told reporters in Brussels according to a report by Reuters. The missile fired was likely a Ukrainian air defense missile.

“From the information that we and our allies have, it was an S-300 rocket made in the Soviet Union, an old rocket and there is no evidence that it was launched by the Russian side,” Polish President Andrzej Duda said. “It is highly probable that it was fired by Ukrainian anti-aircraft defense.”

Ukraine immediately called on NATO to “react” to “Russia’s” missile crossing the border, meaning it’s likely this was done on purpose to further ignite a global conflict.

NATO“needs to act,” Ukrainian President Vladimir Zelensky claimed on Tuesday as he laid the blame for an explosion in Poland not far from the Ukrainian border with Russia. Earlier. “This is a Russian missile strike on collective security!” Zelensky said in a statement, calling it “a very serious escalation.” He also urged western nations to put Russia “in its place” and branded the country as a “terrorist,” according to a report by RT.

Ukraine is convinced it needs to start a global war and the West is convinced the public should blame Russia.

“The longer Russia feels impunity the higher is the threat for anyone within the reach of Russian missiles,” the Ukrainian president warned, though he did not provide evidence proving it was Russian missiles that struck Poland.

The Russian Defense Ministry denied any responsibility for the incident by saying that the nation’s military did not strike any targets near the Polish-Ukrainian border. It also branded the Polish media reports a “provocation.”

There was no immediate Ukrainian response on Wednesday to the suggestions that it was a Ukrainian stray and some in the West wanted an investigation done before accusations were made. However, they were always determined to blame Russia, even if it was a Ukrainian missile that struck Poland.

“[Some Western rulers] stressed that, whatever the outcome of that investigation, Putin’s invasion of Ukraine is squarely to blame for the ongoing violence,” British Prime Minister Rishi Sunak’s office said after a meeting between Sunak and Canadian Prime Minister Justin Trudeau on the summit sidelines.