Ukraine Hit A Russian Building During Shelling Of Belgorod 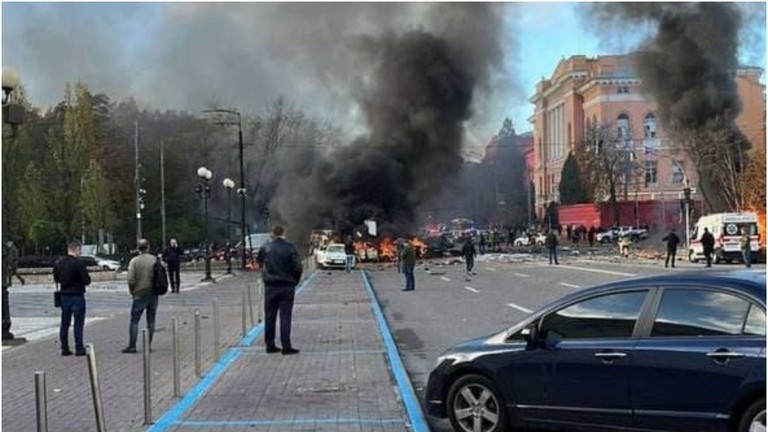 Ukraine has been shelling the city of Belgorod, Russia in what appears to be a ramping up of the war toward a worldwide altercation. In the shelling, Ukraine struck an apartment building.

An apartment block has been hit and damaged during the Ukrainian shelling of the Russian city of Belgorod, Mayor Anton Ivanov has said according to a report by RT. Russia isn’t going to continue to take these attacks lightly. “Air defenses had to be activated today again. There’s damage to a building on Gubkina Street,” Ivanov wrote on Telegram on Thursday.

The mayor later announced that around 12:40pm local time an unidentified object crashed into the roof of an apartment block as a result of operations involving the air defense systems.

The residents of the affected building have been evacuated, he said, adding that no casualties have yet been reported following the incident. –RT

Video clips of the incident were posted to Telegram.

Some reports have suggested that debris from an incoming projectile or drone may have fallen on the building after being struck by the air defense systems.

Belgorod, which has a population of some 356,000, is the main city of Russia’s Belgorod Region. It’s among the border regions that have come under repeated Ukrainian shelling and drone attacks since the outbreak of the conflict between Moscow and Kyiv in late February.

Moscow has also been striking Ukrainian military targets in response to the damages done to the Crimean bridge. Moscow’s “response to terrorist acts by the Kyiv regime” saw 70 facilities of Ukrainian energy infrastructure hit, which resulted in the country losing 50% of its generating capacity, Volodin wrote on Telegram on Thursday.

“If the terrorist attacks continue, the response will be even harsher,” he warned, adding all who organized Ukrainian attacks must be found, and “those who resist will be destroyed.”