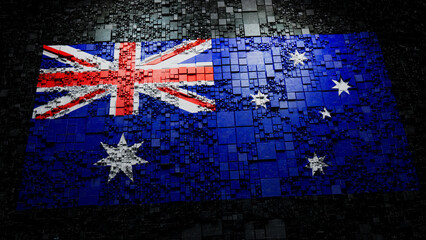 The United States has issued a threat to its ally, Australia. Washington insists that Australia will ruin its “deterrence relationship” with the U.S. if it signs a landmark treaty seeking to ban all nuclear weapons.

The U.S. is claiming the agreement will reinforce “divisions” between world powers while failing to address “prevailing security threats” around the globe. It also reduces the chance of a nuclear war.

In a statement to The Guardian on Tuesday, the US Embassy in Canberra said Australia’s signature on the treaty “would not allow for US extended deterrence relationships,” referring to the US “nuclear umbrella” which vows to protect some non-nuclear states with America’s massive atomic arsenal.

“While the United States understands and shares the desire to advance nuclear disarmament goals, we do not support the Treaty on the Prohibition of Nuclear Weapons,” an embassy spokesperson told the outlet, adding that Washington “does not believe that progress toward nuclear disarmament can be decoupled from the prevailing security threats in today’s world.”

Unlike the Non-Proliferation Treaty (NPT) of 1968, which contains only partial restrictions on nuclear weapons, the newer Treaty on the Prohibition of Nuclear Weapons seeks to create a legally binding ban on all nuclear weapons, including the testing and stockpiling such arms. While a number of nuclear powers have signed the NPT, none have yet approved the latter treaty, which has only garnered non-nuclear signatories since it was introduced in 2017.

The United States made threats against Australia as it seeks to place nuclear weapons in the country despite the evolving stance toward the prohibition treaty by the government of Prime Minister Anthony Albanese. The U.S. will continue to try to station nuclear-capable strategic bombers on Australian territory and effectively turn the country into a military hub geared against China, according to a local investigative report. Under the Pentagon proposal, six B-52 Stratofortresses would reportedly be deployed at a new US-built “squadron operations facility” near the Royal Australian Air Force military air base Tindal, according to a report by RT.