Trump’s Neocon Conversion and the Syrian 180 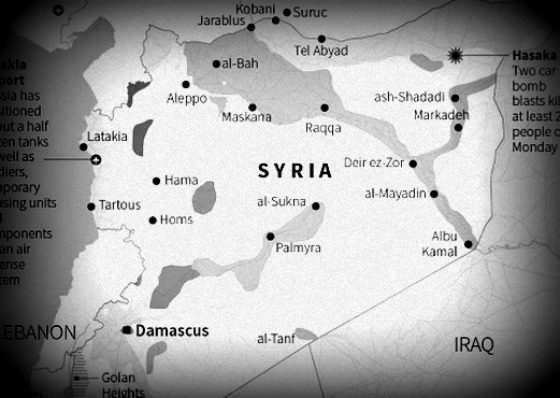 You have to feel a little sorry for the folks who voted for Trump expecting him to live up to his promise to bring the troops home and stop killing people.

On Thursday Trump cleared up any doubt about his neocon conversion. Once again he made his supporters—or those interested in nonintervention at least—out to be fools, that is to say any principled supporters left after killing thousands in Syria.

President Donald Trump, who just five months ago said he wanted "to get out" of Syria and bring U.S. troops home soon, has approved a new strategy for an indefinitely extended military, diplomatic and economic effort there, officials said. https://t.co/azARbKnWF0

President Trump, who just five months ago said he wanted “to get out” of Syria and bring U.S. troops home soon, has agreed to a new strategy that indefinitely extends the military effort there and launches a major diplomatic push to achieve American objectives, according to senior State Department officials.

These “American objectives” reflect those of Israel, which has worked diligently to undermine Syria for decades. The first objective is to replace Bashar al-Assad with a malleable client that takes orders from the US, Israel, and Saudi Arabia.

Second, Trump—channeling Netanyahu—demands the removal of all Iranian troops in Syria. Both the Russians and Iranians were invited into the country to help al-Assad flight the CIA and Saudi Arabia’s bloody Wahhabi-infused terrorists.

It was rumored the troops already in Syria would be brought home by the end of the year, but like all things Trump, this promise was flipped one hundred and eighty degrees.

“The new policy is we’re no longer pulling out by the end of the year,” said James Jeffrey, a retired senior Foreign Service officer who last month was named Secretary of State Mike Pompeo’s “representative for Syria engagement.” About 2,200 U.S. troops are serving in Syria, virtually all of them devoted to the war against the Islamic State in the eastern third of the country.

Jeffrey said U.S. forces are to remain in the country to ensure an Iranian departure and the “enduring defeat” of the Islamic State.

“That means we are not in a hurry,” he said. Asked whether Trump had signed off on what he called “a more active approach,” Jeffrey said, “I am confident the president is on board with this.”

More like a representative for Syria’s destruction and balkanization, based on the Iraq and Libya models.

James Jeffrey is a Bush era neocon who served as George Bush’s deputy national security advisor. He is a former “principal deputy assistant secretary for the Bureau of Near Eastern Affairs at the Department of State, where his responsibilities included leading the Iran policy team and coordinating public diplomacy,” states his bio at the Washington Institute website.

U.S. policy is not that “Assad must go,” Jeffrey said. “Assad has no future, but it’s not our job to get rid of him.” He said, however, that he found it hard to think of Assad as a leader who could “meet the requirements of not just us but the international community” as someone who “doesn’t threaten his neighbors” or abuse his own citizens, “doesn’t allow chemical weapons or provide a platform for Iran.”

Meanwhile, the US is working to make it so.

The Donald was a little more direct in his response to the elected leader of Syria remaining in office. “Let’s fucking kill him! Let’s go in. Let’s kill the fucking lot of them,” he said, according to Bob Woodward and his latest book.

Back in May, Israeli Energy Minister and Cabinet member Yuval Steinitz said al-Assad should be murdered. “If Syrian President Bashar Assad continues allowing the Iranians to operate out of Syria, it would be the end of him, the end of his regime,” Steinitz said. “If Assad allows Iran to turn Syria into a forward operating base against us, to attack us from Syrian soil, he should know that will spell his end.”

Of course, if Hillary Clinton had won the election there wouldn’t be much difference. During the campaign, she worked hard to out-do the neocons.

[James Jeffrey, former CIA and Pentagon liaison] describes a foreign policy more hawkish than that of the current administration. He said there were a “lot of clues” to how Mrs Clinton will behave as commander-in-chief from her time as secretary of state. During that time she championed the intervention in Libya and advocated the arming of Syrian rebels against the regime.

Indeed, there are a lot of clues. Clinton is responsible for killing 30,000 Libyans and the country’s leader, who was brutally raped and murdered. Libya went from one of the richest and most developed countries in Africa to a failed state where competing cutthroat jihadists engage in bloody street warfare. Iraq suffered a similar fate—and continues to do so, as planed—in order to eliminate the risk to Israel and “moderate” (translation: dictatorial) Arab regimes in the neighborhood.

Thanks to Hillary Clinton and stupid European politicians

Libya in chaos seven years after NATO's 'liberation', but who cares? https://t.co/ti6vz4bAQt

Trump the geopolitical ignoramus is too busy defending his inflated ego and narcissistic personality to be bothered with the finer details and consequences of his decision on Syria, which is in fact a decision made by his national security advisor, John Bolton, and a gaggle of neocons waiting in the wings.

Trump’s love for Israel and his animosity toward Syria and Iran is a product of his Likud-loving son-in-law, who often confers with Netanyahu. Jared Kushner supports the genocide-minded Israeli settlers. He supports the Likud-neocon collaboration to turn the Arab and Muslim Middle East into string of client states with balkanized ethnic and religious minorities engaged in endless sectarian violence, not unlike Iraq and Libya today. If the British gave anything to the Zionists during their “Mandate” in Palestine, it was the conquer and divide strategy. The Israelis turned it into a science.

Trump’s foreign policy hasn’t gone off the rails. It is owned by Israel and the neocons. It’s true, most hate Trump and are actively working to replace him with somebody (Pence) who isn’t suffering from narcissistic derangement, or at least does a better job of hiding it than Trump.

Obama’s strategy in Syria was to hide the truth and pave it over with lies. He is responsible for arming crazed Wahhabi murderers and the sadistic killing of Gaddafi in Libya.

Despite this, liberals and Democrats love him, same as they respect and fawningly admire the legacy of the war criminal John McCain, who bombed civilian targets in North Vietnam.

Trump’s 180 pivot on Syria is not a surprise. The man has no ideas of his own and was guided hand-in-hand by Jared Kushner into a den of assassins and thieves.

Did we really expect this self-infatuated narcissist to Make America Great Again, bring the troops home, and finally return America to the noninterventionist principles held by George Washington and Thomas Jefferson?