Trump’s Latest Tweet Warns Of Coming War: “China’s Help With North Korea Has Not Worked Out” 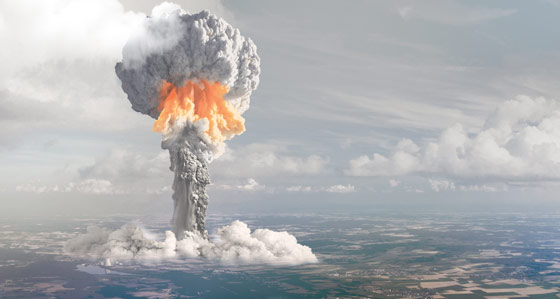 There’s a reason we’ve suggested that concerned Americans stock up on anti-radiation pills and CBRN rated Gas Masks and if President Trump’s latest tweet is any guide then time is running short.

While I greatly appreciate the efforts of President Xi & China to help with North Korea, it has not worked out. At least I know China tried!

While it’s not an outright declaration of war, it certainly appears that the situation on the Korean peninsula is about to be taken to the next level, as noted by Zero Hedge:

Trump’s troubling statement follows an earlier tweet about North Korea, in which he said that “The U.S. once again condemns the brutality of the North Korean regime as we mourn its latest victim.”

So is this Trump’s implicit warning that he is about to launch an attack on North Korea, following a failed intervention by China, in retaliation for the death of Otto Warmbier?

In previous reports we highlighted the fact that not only does the North have the capability of hitting the United States with an electro-magnetic pulse weapon (EMP) detonated over the central United States, but it is believed that their nuclear and missile delivery capabilities are now such that U.S. coastal cities could well be targeted at the onset of any confrontation. In fact, at the height of tensions earlier this year it is believed that the U.S. Navy and Airforce may have been hunting a North Korea submarine just off the coast of California.

Though the mainstream media has generally ignored and downplayed the threat, Russian President Vladimir Putin warned in April that the situation in the region has seriously deteriorated, which may explain why both Russia and China mobilized tens of thousands of troops to their borders with the North.

We’ve seen such things before, most notably in the years ahead of World War I, when countries throughout Europe and Near Asia began mobilizing troops and equipment in anticipation of war. When the catalyst came in late June of 1914, armies across the region engaged within 30 days, leaving well over one million people dead by the end of the year.

Today’s situation is quite different, of course, because the weapons systems available to the United States, North Korea, Russia and China make it possible to kill one million people in the blink of an eye.

Whether the threat posed by the North Koreans is real or imagined, or whether Trump and Kim are simply posturing, are questions that we simply won’t be able to answer until after the fact.

We would hope that cooler heads prevail, but as we previously warned, a global catastrophe is being orchestrated by the elites, suggesting that we should make haste in preparing for the worst case scenario.