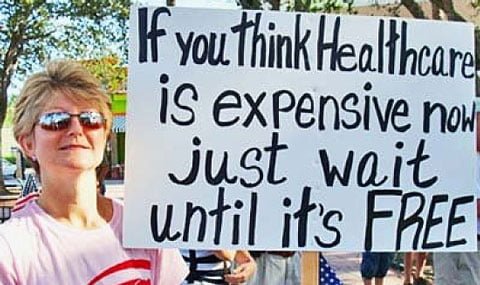 The shock wave is still reverberating.

President Trump is off with a bang, and Americans – for or against – are still processing his bold moves during his first days in office.

While most of the media attention is currently centered around protests and anger at Trump’s “Muslim ban,” and attempts to curb immigration, the policy that might hit closest to home and affect individual American’s wallets is still the first executive order issued by Trump on day one – written in attempt to strip the IRS’s ability to enforce penalties against households who don’t buy individual exchanges in Obamacare.

Here’s the language of the order:

To the maximum extent permitted by law, the Secretary of Health and Human Services (Secretary) and the heads of all other executive departments and agencies (agencies) with authorities and responsibilities under the Act shall exercise all authority and discretion available to them to waive, defer, grant exemptions from, or delay the implementation of any provision or requirement of the Act that would impose a fiscal burden on any State or a cost, fee, tax, penalty, or regulatory burden on individuals, families, healthcare providers, health insurers, patients, recipients of healthcare services, purchasers of health insurance, or makers of medical devices, products, or medications.

If implemented as intended, it would relieve the middle class, small businesses and independent-minded Americans who are suffering the most from Obamacare – the millions of families who can’t afford to buy insurance under the mandate, and who are penalized heavily on an increasing scale for not buying in.

If put into affect, it will certainly count as a victory, however temporarily, against the compulsion of the state.

Judge Andrew Napolitano explained why the move was ‘revolutionary’ in a segment on Fox News:

Napolitano said that the order directs agencies to “dial back the severity of the enforcement and [not] to punish a person or a state for what you think is their non-compliance because it might not be non-compliance in a couple of months.”

Napolitano added that he’s never before seen a president say “you will exercise your judgment against the government and in favor of the individual. That is truly revolutionary and is exactly what [Trump] promised he would do.”

He said that Trump is telling government agencies to proceed with the expectation that the law will be repealed soon, especially with regard to tax penalties.

Considering that the cost of purchasing health insurance is absolutely skyrocketing in most states, and that the penalties are also on a scheduled increase, this move comes as a very welcome relief.

May the whole thing be undone, and nothing as bad or worst fill in its place.

It’s True: Obamacare “Health Insurance Payment Is About To Jump”

Texas Health Care Costs Skyrocket 60% in 2017: Obamacare At “Unaffordable Levels For Everyone”

We Told You It Wasn’t Free: “I Was All for Obamacare Until I Found Out I Was Paying For It”