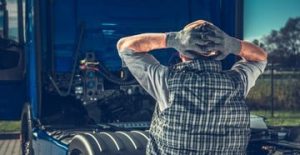 Truckers are warning the United States that the “vaccine” mandates being pushed hard by the rulers are going to worsen the supply shortages. Unless we can get massive non-compliance to this egregious violation of basic human rights, we could see some real issues this winter.

The trucking industry issued new warnings after the Occupational Safety and Health Administration released guidance Thursday on the mandates after much anticipation. All companies with more than 100 employees will be required to have their workers vaccinated or provide proof of weekly negative COVID-19 tests by January 4th. Additionally, all businesses that have contracts with the federal government, no matter the size, will also have to adhere to the vaccine mandate, although they don’t have a testing option, according to the Washington Examiner.

Even though a judge has stopped the mandate, for now, using the system to beat the system already means you have lost.

The deadline for the guidance, which has originally been set for December 8, was pushed back to January 4 in an apparent effort to avoid supply chain disruptions right in the middle of the holiday season. Many trucking companies contend that pushing back the deadline is only a temporary fix and that the supply chain will become more frayed in January when the rules become effective.

Unvaccinated truckers who want to continue driving may wind up at smaller companies, although others could just call it quits and leave the market entirely, wrote the Washington Examiner. In order for this to work, businesses need to support each other and stand up in a show of massive noncompliance. Continuing to bow to the ruling class who takes more skin off your back each day isn’t working and it hasn’t worked since the slave system started.

The only solution to stop this is to realize no other human has and power over you unless you let them. Once enough people have realized this, the power structure crumbles. That’s the solution, for those who keep asking, yet they still demand a political overlord use the slave system to save them from the slave system.  Slavery does not need to be reformed, it needs to be eradicated.