“This country, and with it most of the Western world, is presently going through a period of inflation and credit expansion. As the quantity of money in circulation and deposits subject to check increases, there prevails a general tendency for the prices of commodities and services to rise. Business is booming. Yet such a boom, artificially engineered by monetary and credit expansion, cannot last forever. It must come to an end sooner or later. For paper money and bank deposits are not a proper substitute for non-existing capital goods. Economic theory has demonstrated in an irrefutable way that a prosperity created by an expansionist monetary and credit policy is illusory and must end in a slump, an economic crisis. It has happened again and again in the past, and it will happen in the future, too.” – Ludwig von Mises – 1952 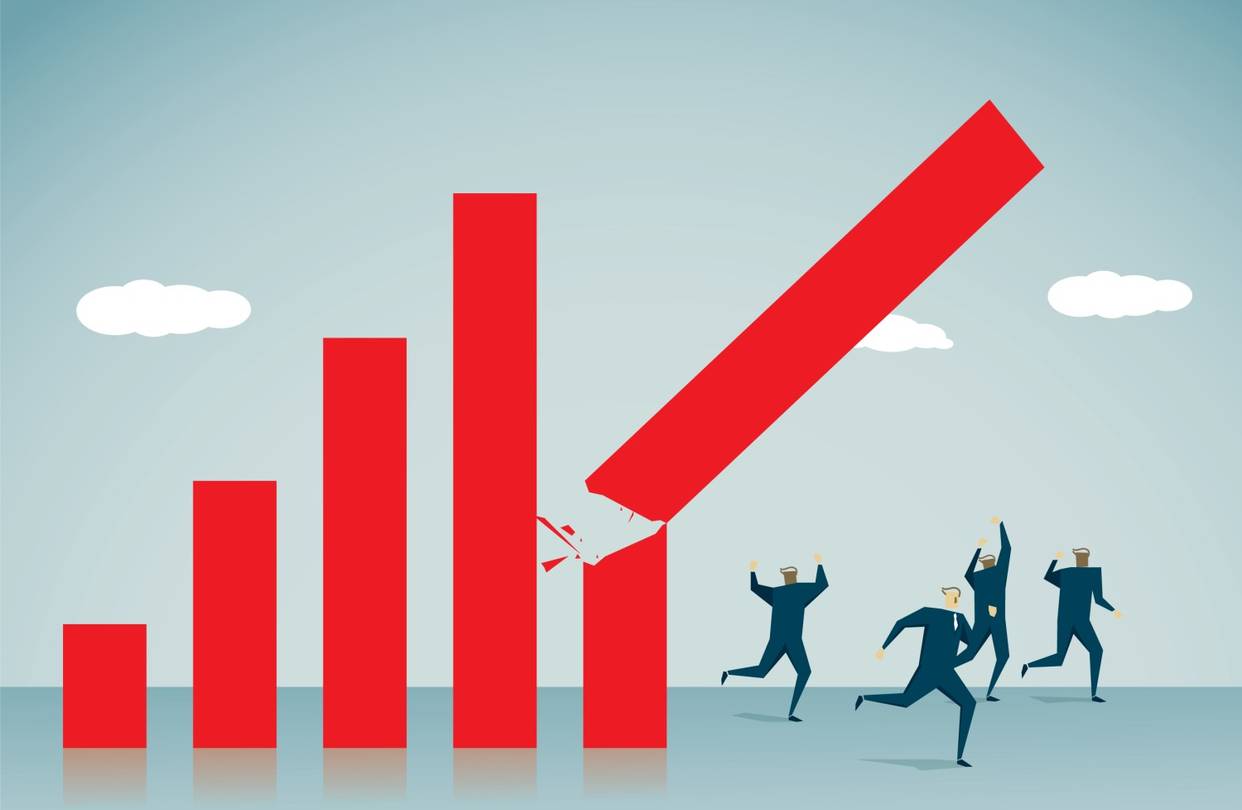 As the von Mises quote proves, economic cycles, artificial booms created by Federal Reserve easy money and delusional human nature are cyclically constant across the decades. Anyone with an ounce of critical thinking skills realizes the current artificial boom, created by a feckless Fed captured by Wall Street banks and corrupt Washington politicians who took Dick Cheney’s “deficits don’t matter” mantra to obscene levels, will end in another financial crisis. Our Deep State controllers have “solved” a financial crisis caused by too much debt by tripling down on more debt.

The current artificial boom would have ended in 2018, but Trump’s massive tax cut for corporations, who used their windfall to buy back their stock at all-time highs, and reckless government spending increases directly into the pockets of the military industrial complex, gave the GDP one final burst. Pumping adrenaline into a patient with cancer will also give the patient a momentary appearance of health, but the cancer continues to grow.

The highly educated IYI MBAs running companies like General Electric and GM wasted tens of billions in shareholder funds buying back stock at prices far higher than their current price, putting their companies in danger of bankruptcy. A large proportion of S&P 500 companies have also committed this same outrageously idiotic greedy act. This is exactly what happened from 2005 through 2007 before the last financial collapse. It seems greedy CEOs always put their own personal wealth ahead of their shareholder’s wealth, as their compensation is dependent upon earnings per share.

As the propaganda peddling cheerleaders on financial networks and in the bird cage lining financial press tout stocks at all-time high valuations and parrot bullshit about the “best economy ever”, the average American has seen their real wages stagnant going on a 3rd decade, as their debt levels reach all-time highs. The faux prosperity has been illusory, unless you are in the .01%, a corrupt politician, a government apparatchik, or a Deep State mouthpiece. If I wasn’t such a trusting soul, I might conclude financial crisis is used by the wealthy to get wealthier.

When the fake news networks proclaim the economy can grow for many more years and the stock market will surely hit 30,000 in 2019, remember the simple chart below. It shows the U.S. stock market and recessions going all the way back to 1871. Over the last 147 years, recessions are a fairly regular occurrence, but since 1950 the country has only been in recession 15% of the time.

The arrogant academics running the Federal Reserve believe they can manipulate the levers of monetary policy to control the direction of the economy. Their hubris is always revealed when their easy money machinations blow up and lead to economic hardship for the masses. Every time.

To me, the most interesting aspect of the graph is the amount of time between recessions. It seems, in the history of the country, the longest we have ever gone without a recession was ten years. It has happened twice (1961 to 1971) and (1991 to 2001). We are now in year nine of economic advancement (at least for the .01%). Based on history the odds of recession in the next year would appear to be high. No one in the fake news media will provide these facts because they know stocks crash whenever a recession comes our way. The Fed is always surprised by recessions, financial crisis, and the busts created by their own policies.

With interest rates at still emergency low levels, government deficits over $1 trillion, consumer debt at all-time highs, stagnant real wages for real people, housing bubble 2.0 bursting, subprime auto bubble bursting, weak corporations saturated with debt, peak corporate earnings and a stock market still 50% overvalued based upon all long-term valuation measures, only a Wall Street shyster, Ivy League academic, or a bubble headed financial news network spokes-model can’t see recession and stock market crash dead ahead. The masses are about to find out again you can’t spend your way out of a recession or borrow your way out of debt.

Economic history is littered with the bodies of those who declared this time was different. If you think the economy will continue to grow for another few years based upon your belief in the brilliance and infallibility of the Fed, just remember their prescience as the last financial crisis was already in progress:

“The Federal Reserve is not currently forecasting a recession.”- Bernanke – January 10, 2008

“The risk that the economy has entered a substantial downturn appears to have diminished over the past month or so.”– Bernanke – June 9, 2008

“The GSEs are adequately capitalized. They are in no danger of failing.”– Bernanke – July 20, 2008

The tide is going out and we’re about to see who has been swimming naked. This next recession will not be reversed by running $3 trillion deficits and the Fed driving rates negative. The next recession won’t end until Americans learn how to live on what they’ve got. It will be a profoundly earth shattering experience for a delusional populace. Hopefully, they will realize the true culprits and inflict justice on the financial criminals who escaped unscathed after their last criminal escapade. Time is growing short. The next crisis will define our nation going forward.