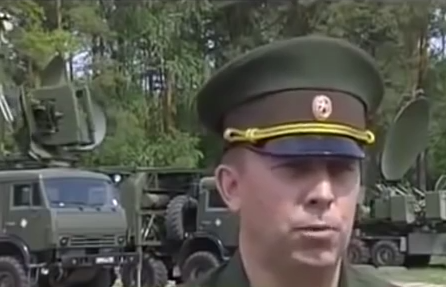 Russia has unveiled a secretive new technology that could give it the upper edge in clandestine operations and electronic warfare.

They have claimed success in the attempt to create an invisibility cloak, as RT reports:

A Russian defense company has created a “cloak,” which it says can make electronic objects invisible to enemy radar. The aim of the fiber technology, which is used in the cloak, is to make weapons invisible to prying eyes and detection systems.

The St. Petersburg-based company Roselectronics has come up with the invention and says it can make weapons that use thermal, infrared, and electromagnetic radar in targeting invisible.

“The main idea of the development is to create coverage that reduces radar visibility of the object both on the visible and microwave spectrums,” Georgy Medovnikov from Roselectronics told Ruptly, RT’s video agency.

Roselectronics believes the lightweight and flexible material can be used to protect armored vehicles, missile systems and warplanes. According to its creators, the material is unique in its ability to absorb radio-electronic signals and interfere with the distribution of electronic traces.

If war comes again between Russia and the U.S., or if proxy wars continue to heighten tensions, then there is no doubt that electronic warfare, including the use of microwave weaponry, and advanced guidance and tracking signals, jamming technology and much, much more will be used in greater effort than conventional bombs, tanks and the like.

The electronic cloak will likely prove to be a valuable tool in evasion and defense, as the use of the invisible spectrum makes warfare precise, and remaining hidden nearly impossible over a long period of time.

This is the era from which the super soldier will be born, and sophisticated displays can interlink the individual soldier on the battlefield with data support from the cloud or network. Enemy forces can be shown in contrast with friendlies on mapping systems supported by GPS and related technologies.

But all that could be crippled if an enemy enforced a denial of service (DoS) across an entire region of country where war was being waged.

This is already happening, and the U.S. may not be able to do anything about it. They, along with other NATO allies and and even Israel are concerned about the advances that Russia is making rapidly in theaters of conflict.

As the Free Beacon reports:

Russia is preparing to begin waging electronic warfare in Syria with the institution of jamming systems that are meant to prevent an incident similar to the attack on Tuesday that brought down a Russian plane in the war-torn region, according to reports by the Russian news media.

Moscow also will install in Syria a highly advanced missile system capable of shooting down aircraft from the ground. […]

In Syria, Russia has established control in as much as its electronic devices have set up a perimeter that is difficult to overcome, even for the U.S. military. According to the Australian:

The Krasukha-4 system has been spotted at a Syrian airfield being used by Russian fighter jets and its presence has been confirmed by US officials. The mobile system can disrupt surveillance by drones, satellites or western early warning aircraft.

It has a range of 300km, can also disrupt the systems of radar-guided missiles and would allow Russia to enforce a no-fly zone over President Assad’s military.

President Putin’s stated aim is to take on Islamic State… However, the deployment of the jamming equipment could directly affect NATO. Russia’s electronic warfare expertise is regarded as one of its foremost military strengths — an area where it matches and, in some cases, exceeds western know-how.

On Ukraine, the London Independent reports:

Lieutenant General Ben Hodges, the commander of the US army in Europe, has described Russian advances in electronic warfare in Syria and Ukraine – a field in which they were typically supposed to be backward – as “eye watering”.

[…] Moscow is now deploying anti-aircraft systems in Crimea… It is doing so, he says, in a way that makes it “very, very difficult” for Nato planes to gain access safely to areas including parts of Poland.

Mr Putin has relished pointing out the significance of the West seeing “for the first time that these weapons do exist, that they are of high quality, and that we have well-trained people who can put them to effective use. They have now seen, too, that Russia is ready to use them…”

These unbelievably powerful applications in electromagnetic (EMF) warfare are game changers, and Russia has made significant strides in dominating the war zones of the future, for better or worse.

Russia has been shutting down and disabling U.S. ships and equipment around the world.

Once again, the U.S. is behind Russia on important battlegrounds for world order. Will electronic warfare shift the power structure?

Of course it will, and it is already happening.