Things Are Exploding In A Way America Has Never Seen: “The Precipice Of Civil Unrest” 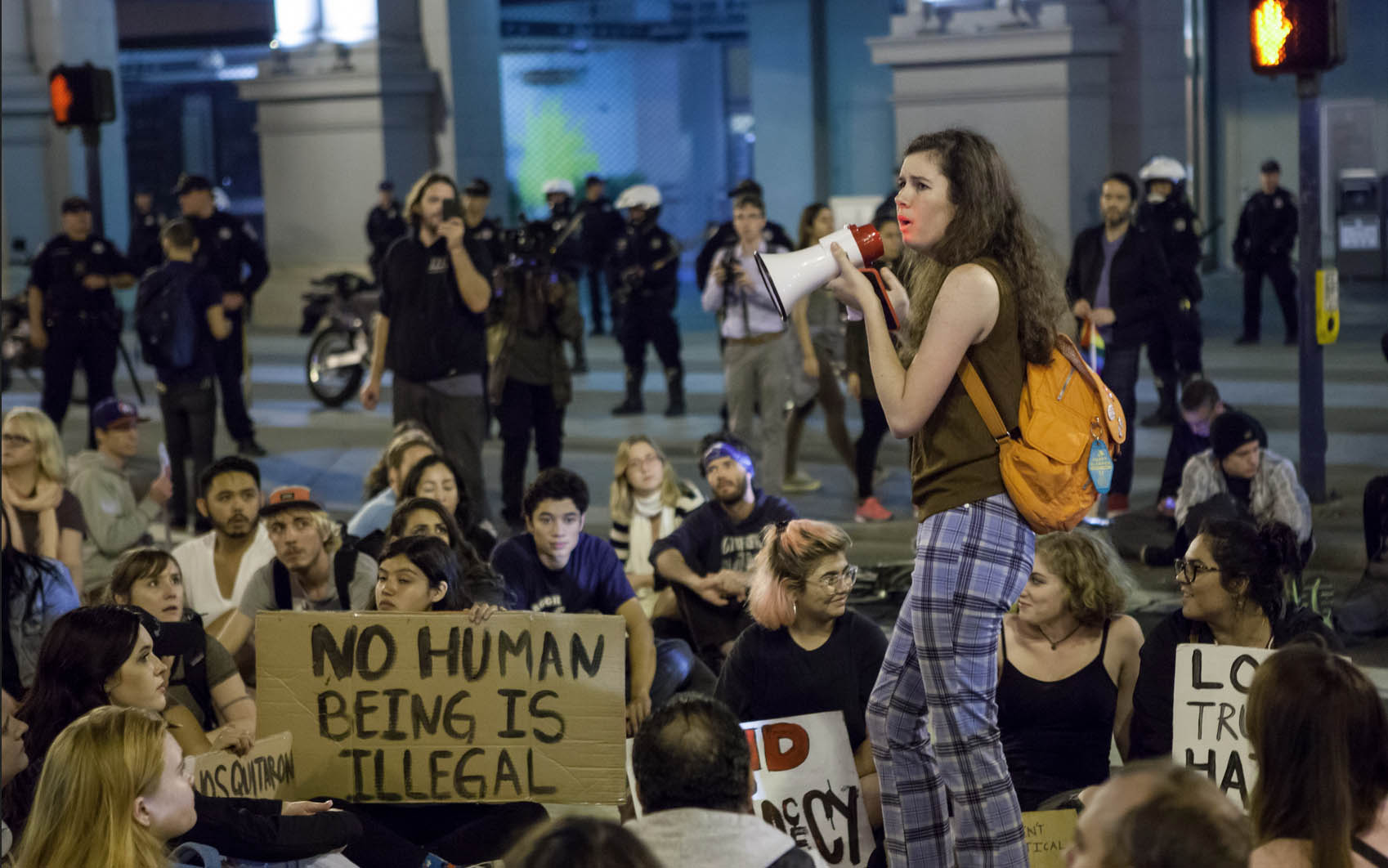 Editor’s Comment: Just how explosive the reaction over President Trump’s executive order will become has yet to be seen, but it is clear that an already divided atmosphere is becoming even more contentious and chaotic. While many Americans may agree with Trump, just as many are dead set against the clamp down coming from the executive branch.

Things will not become settled, but are likely to reach a point from which the nation cannot return. The cost of policy advances from a unilateral pen stroke may prove great indeed… and the fabric of the nation threatens to unwind. How close are we to unrest? To riots? To martial law and a police state? What happens then?

The United States Is On The Precipice Of Widespread Civil Unrest

It doesn’t take much of a trigger to push extremely large crowds of very angry protesters into committing acts of rioting and violence.  And rioting and violence can ultimately lead to widespread civil unrest and calls for “revolution”.  The election of Donald Trump was perhaps the single most galvanizing moment for the radical left in modern American history, and we have already seen that a single move by Trump can literally cause protests to erupt from coast to coast within 48 hours.  On Friday, Trump signed an executive order that banned refugees from Syria indefinitely and that placed a 90 day ban on travel to the United States for citizens of Iran, Iraq, Libya, Somalia, Sudan, Syria and Yemen.  Within hours, protesters began to storm major airports, and by Sunday very large crowds were taking to the streets all over the country…

From Seattle to Newark, Houston to Boston, hundreds jammed airport terminals — lawyers, immigration advocates, ordinary citizens compelled to the front lines, many refusing to leave until those who had been detained by U.S. Customs had been freed or had obtained legal counsel.

On Sunday, the movement caught fire and demonstrations and rallies erupted in communities across the U.S. from city halls to airports to parks. In the nation’s capital, the site of the march that drew a crushing 500,000 people Jan. 21, Pennsylvania Avenue was shut down Sunday as thousands trekked from the White House to the U.S. Capitol. An energized crowd stopped outside Trump’s showcase hotel along the avenue to shake fists and chant “shame.”

You can see some really good pictures of the protests going on around the nation right here.

As I was going through articles about these protests today, I remember one woman holding up a sign that said “Remove Trump By Any Means Necessary”.

It doesn’t take much imagination to figure out what she was suggesting.

Visions of violence are dancing in the heads of these very frustrated people, and they are being egged on by top members of Congress such as Chuck Schumer…

‘These orders go against what America has always been about,’ Schumer told the crowd in Battery Park according to the New York Daily News. ‘The orders make us less humanitarian, less safe, less American and when it comes to making us less safe people forget this, that’s why so many of our military, intelligence, security, and law enforcement leaders are opposed to this order and all those like it.’

Chelsea Clinton, the daughter of Trump’s presidential rival, Hillary, tweeted a picture from the rally. It was captioned: ‘Yes. We will keep standing up for a country that matches our values and ideals for all. #NewYork #NoBanNoWall.’

On Sunday, President Trump attempted to clarify what his executive order was really about and make it clear that it was not a ban on all Muslims.  The following comes from CNN…

President Donald Trump insisted Sunday his travel ban on certain Muslim-majority nations would protect the United States from terrorists, after a weekend of outrage and confusion over the move.

In an afternoon statement, Trump wrote the country would continue showing “compassion to those fleeing oppression.”

Unfortunately, polls show that somewhere around a third of the country greatly dislikes Trump, and those people are more than ready to believe that Trump is a racist bigot that hates all Muslims.

But the truth is that Trump does not hate any group of people.  His target is simply Islamic terror, and he is actually pro-immigration as long as it is legal immigration.

Let us not forget that his wife is a legal immigrant.

I know that Trump is quite eager to get things done, but putting out this executive order at this particular moment was definitely a case of poor timing.

We are a nation that is deeply, deeply divided, and now this latest controversy threatens to divide us even further.

When I was out earlier today, I saw a pro-Trump billboard that some business owner had put up that was urging liberals to quit their whining.

On the surface that may sound funny, but it definitely doesn’t do anything to bring us together.

Someday, widespread civil unrest is going to sweep across the United States and major American cities will burn.

My hope is that we can put this off for as long as possible.

In fact, I sincerely hope that this will not happen at all during the Trump/Pence era.

But you would have to be blind not to see the hate, anger and frustration that are all growing like cancer in the hearts of our young people.

This is a time for the peacemakers.  If there are any left in Washington, we need them to rise up now and try to bring healing before it is too late.

If you want to know what is coming and what you can do to prepare, read his latest book Get Prepared Now!: Why A Great Crisis Is Coming & How You Can Survive It.