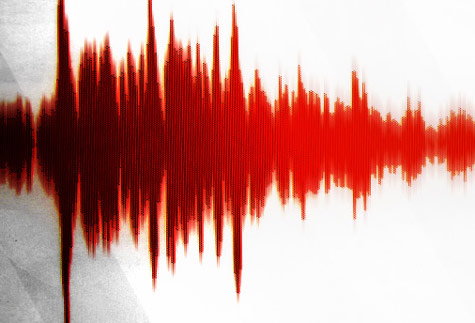 There are some unprecedented scientific experiments taking place at the European Organization for Nuclear Research, more commonly known as the CERN hadron collider. Some say it is merely research into quantum physics and the inner workings of our universe, while others have argued that the experiments are dangerous and could well threaten humanity’s existence.

What has many observers concerned are experiments aimed at creating multi-dimensional portals, or passageways, that would allow scientists to actually send particles (or other information) from earth to some far-off world which may exist on a completely different dimensional plane than we do.

But that’s not the scary part. What has until now remained in the realm of science fiction may soon become reality, because when a passageway like the one CERN scientists are trying to build is opened, we may also be able to receive information back from that other dimension.

Those working on the project think they may be opening the doorway to heaven, according to Sid Roth. “They may in fact be opening a portal to demonic worlds,” he says.

Whatever the case, CERN chief Sergio Bertolucci has confirmed that these portals are exactly what they are trying to achieve in the 17-mile long particle accelerator.

In a fascinating interview with Sid Roth’s It’s Supernatural, researchers Tom Horn and Cris Putnam delve into the details of some of CERN’s stated goals and how they are directly related to many historical and religious texts.

Considering that what Horn and Putnam describe from the scientific realm closely meshes with many stories from ancient books like the Bible, which actually describe not just portals through which fallen angels, demons and other spirits can travel, but the voice of God itself, would it be safe to say that scientists may be playing with fire?

What they’re doing there is that they’re accelerating protons and nearly the speed of light… these are the most powerful scientific experiments that have ever been conducted on the face of the earth.

Now why are they doing all this? Well, particle physicists, of course, want to know about the nature of creation so they burst these particles into sub-atomic pieces to try to understand what they’re doing.

But they are also looking for gravitons because they believe that those gravitons might be escaping into a parallel reality.

Sergio Bertolucci said it in a public interview. He said, ‘we are going to open a doorway at CERN and we may send something through it and something may come back to us.’

They are also looking for gluon. This thrills me as a theologian. Gluon is essentially the overlaying of sound waves… particle physicists can’t understand why we don’t just fly apart… the actual matter that you’re made of would disappear on the head of a pin… you’re almost entirely motion… protons… neutrons… spinning electrons… you’re movement… that’s all you are… they don’t understand why you don’t just fly apart.

Gluon is the overlaying of sound waves… it’s what holds everything together.

It’s basically Genesis chapter 1… ‘And God spoke’ … God said ‘let there be’… God emits sound waves and he calls forth into somethingness out of nothingness these atomic constructs… and he makes the plants… he makes the animals.

They’re looking for the voice of God.

Is it possible that should these portals or worm holes be opened, that we could actually unleash unto earth powers beyond our control?

It does appear that many involved in the project know they are operating within a very dangerous realm. Curiously, these scientists who often reject the notion of God’s existence have placed a symbolic statue of the ancient Lord Shiva doing a dance of destruction at the entrance of the CERN facility.

Many have already pointed out how strange (or absolutely fitting but in a chilling way) it is that they decided to put up a statue of Nataraj, the dancing form of the Lord Shiva that some have called the “dance of destruction,” outside of the large hadron collider CERN.

But that’s not all:

Now ask yourself why they are allowing bizarre occultic dance opera performances inside the collider itself.

It’s as if those in charge, as well as those performing the experiments, believe that they can control and contain the forces with which they are playing.

But, let’s assume they are eventually successful and do find “the  voice of God.”