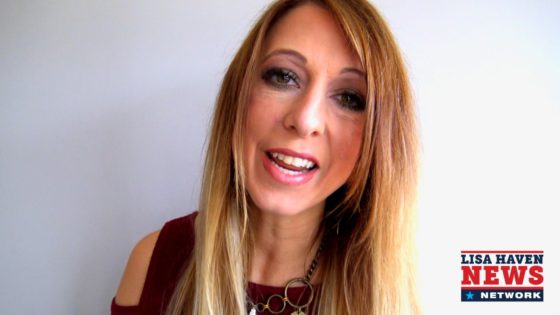 Lisa Haven, a YouTube personality has claimed there is 100% proof of the deep state and their ties to the mainstream media.  In her recent video, she breaks down just who, and what the deep state is and the evidence that it’s actually the intelligence community, and more specifically, the CIA.

According to the description of this video found on Before It’s News, Haven writes “Until recently, the phrase ‘deep state’ had been mostly consigned to the bowels of the deep web, but over the past year, since Donald Trump decided to take his fight with the intelligence community public, it has witnessed a remarkable florescence [sic]. The deep state has Trump and his supporters in their sights. Want proof of their devious dealings? Want proof of their love affair and collusion with the mainstream media? In the video below I used government document and sources and prove just who this devilish group is…”

Haven says that if the deep state existed, it would look exactly how things look now: Trump and his supporters being cast as “Nazis” and “racist bigots.”  The deep state would be trying to undermine the Trump presidency and use propaganda in the mainstream media to try to brainwash the public.

“Maybe the deep state really is working from behind the scenes and Donald Trump, very well, maybe on their tails. People like James Comey,Hillary Clinton, Barack Obama, and many others are working to oust, not only the president but your voice as well as mine. Don’t believe it? Well, for that, let me take you back to the 1950s to what is called ‘Operation Mockingbird.’ Now, if you don’t know what that operation is, it is when the CIA, the covert, deep state agents who were in the CIA hired multiple journalists to do their bidding. They [the CIA] paid about $1 billion in today’s money in order to manipulate the mainstream media into pushing a one-sided message, and hiding and covering up some of the things that they did not want the media to talk about.” –Lisa Haven

Frank Wisner, the director of the espionage and counter-intelligence branch, spearheaded the organization and was told to concentrate on “propaganda, economic warfare; preventive direct action, including sabotage, anti-sabotage, demolition and evacuation measures; subversion against hostile states, including assistance to underground resistance groups, and support of indigenous anti-Communist elements in threatened countries of the free world.” Journalists were reportedly blackmailed and threatened into this network, although now it appears they manipulating information freely.

“Even though Operation Mockingbird had its dealings back in the 1950s, it wasn’t officially revealed until about 1975 via a congressional hearing that showed and revealed that the CIA was spending billions on American journalists in order to give them bribes, in order to make them agents of the government and share propaganda to the American people. All of which was discovered in this…congressional hearing.”

At 3:55 in the above video, Haven adds a clip from the congressional hearing she’s referencing.  It can be heard that the CIA admits to buying journalists in order to manipulate the opinions of the public.

Haven asserts that since the revelations in Operation Mockingbird are evidence of a deep state attempting to control everyone. In fact, James Comey all but admitted the deep state exists, literally right after saying it didn’t.

The reference Haven uses is credited to Black Vault and can be found by clicking here.