There Are No Whistleblowers, Just Deep State Operatives Trying to Pull Off a Coup 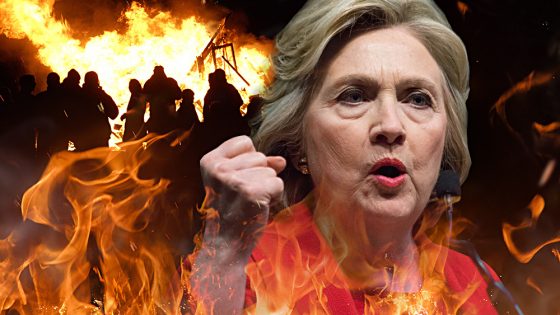 There are no real whistleblowers, just deep state operatives trying to pull off a coup before the Brennan / Comey / Clinton crimes explode onto the scene

The Wall Street Journal is now reporting that the same Clinton-linked legal team that has been scheming with Rep. Adam Schiff’s office to push the deep state lies of the first whistleblower is now claiming to have “multiple whistleblowers.” With Democrats and the left-wing media now fabricating literally everything in a last-ditch effort to eliminate Trump from power, this claim carries about as much weight as a five-year-old child saying she has multiple imaginary friends.

Why the sudden panic? Because under the direction of AG Barr, the DOJ is set to release a damning report on criminal FISA abuse (by Comey, Brenna, Obama, Strock and others) within the next two weeks.

Once this report drops, it’s going to cause a cascade of deep staters turning on each other to try to save themselves from going to prison. It risks opening up the entire criminal coup attempt masterminded by Brennan and authorized by Obama with a giddy nod from Clinton. Once this report hits, watch for lots of high-level deep state individuals to magically disappear (i.e. get “Arkancided”) before they can testify. If you thought Jeffrey Epstein was the only one they would knock off to protect deep state secrets, you’ve got a whole slew of surprises coming.

Source: Insiders are preparing for a possible physical coup attempt against Trump

If Trump and Barr are able to roll out the evidence implicating Brennan, McCabe, Comey, Obama and Clinton, it’s the end of the Democrat criminal cabal for a generation or more. It’s also the end of much of the left-wing media, since CNN, WashPost, NYT and others now hire more spooks than journalists, and they function as the propaganda extension of the deep state disinfo engineers.

Once the full truth comes out about CNN’s complicity with the criminal deep state actors who attempted to pull off a criminal coup against President Trump (i.e. Brennan, Weissman, Mueller, etc.), the network will have zero credibility remaining and may be shuttered.

We’re looking at the end of the Democrat party and the demise of the CIA-run media propaganda networks like MSNBC. Although it may take years for the full effects of these upcoming revelations to ripple through the deep state, the end result is the annihilation of left-wing political power and propaganda power.

In order to stop that from happening, the Democrat deep state — which now exists as one monolithic force pushing for impeachment and authoritarian tyranny over America — is going to attempt to carry out a physical coup against President Trump, sources are now warning us.

This is all happening at the same time it’s becoming obvious that Hillary Clinton is running for president. Although she hasn’t announced yet, Alex Jones has correctly pointed out that she’s positioning herself to eliminate all opposition (Sanders, Warren, Biden, etc.) and place herself as the only remaining candidate in the running. See his emergency video announcement here:

So the sequence of events the Democrats intend to take place goes like this:

Step 1) Whip up an endless parade of non-existent “whistleblowers” to accuse Trump of treason, then refuse to release the names of any of the whistleblowers by claiming they’re all under federal protection. In truth, this is all run by Schiff, Brennan and other deep state traitors who are fabricating everything.

Step 2) Impeach Trump in the House by altering all the rules and faking like an impeachment that took place when there’s no official impeachment vote whatsoever. Nancy Pelosi is leading this scheme, gaslighting the entire nation with pure fakery like claiming “subpoenas” have been issued when they’re really nothing more than demand letters that carry no legal weight since impeachment hasn’t been approved by the House in the first place.

Step 3) Use the “impeachment” vote in the House to call for the immediate arrest and removal of President Trump via pro-Clinton military forces. This will risk the explosion of the situation into a full-blown civil war.

Step 4) Eliminate Biden, Sanders, Warren and all other Democrat candidates, clearing the way for Hillary Clinton to leap into the role of “savior” for America, all while the gaslight media goes into a crisis actor mass hysteria charade of claiming Trump is a war criminal for daring to demand the right to face his (fake) accusers.

Step 5) Go all-out with total censorship of all pro-Trump websites, channels, and businesses. Establish total dominance overall conversations and commerce. Demand absolute obedience to Hillary Clinton, who would rule over America as a dictatorial, authoritarian tyrant who will outlaw firearms, ban the First Amendment and imprison all her political opponents (or just have them Arkancided).