The Worst Possible Thing for Vladimir Putin Is President Trump: “You Just Don’t Know What to Expect From Trump” 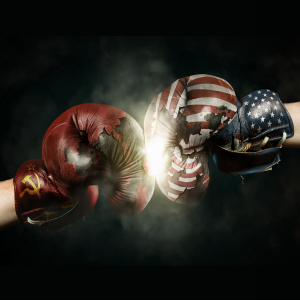 Whether you’re talking about politics, war, or economics, you will find no shortage of commentary from people who claim to be giving you sound advice, but are really just telling you what you want to hear. Or worse, their opinions are based on what they so desperately hope to be true. That’s why the best prognosticators are the people who aren’t infected with wishful thinking. They’re able to confront the truth, no matter how painful that truth is. One of these rare individuals is Marin Katusa, a hedge fund manager who predicted in 2011 that the price of gold and oil would soon crash, despite the jeers of just about everyone else in the investing community. He’s also the author of the bestselling book, “The Colder War,” which vividly explains Putin’s rise to power and his nation’s domination of the energy sector.

In the following interview with Future Money Trends, Katusa not only details his expectations for a variety of market sectors like gold mining and energy, but explains exactly why, contrary to what most observers believed before the election, Trump and Putin are likely to clash in the near future; a scenario which could lead to serious geopolitical and economic consequences.

While Katusa is certainly no slouch when it comes to geopolitics, his analysis really shines when he talks about the state of the precious metal markets. He has a deep understanding of what assets like gold are for, and the market forces that drive its price.

I do believe that we’re just in the first couple of innings of a major, major gold run… I can’t emphasize this enough, gold is wealth insurance.

You have a house, you have a family, you have home insurance. I don’t understand why banks, pension funds, and all these different sovereign wealth funds—and I consult with a lot of wealthy wealthy people, and they go ‘wow we never thought of it that way.’

All gold is, is an insurance on your wealth. It has been for thousands of years. Its a truism. It’s just truth…

You’ve probably heard similar interpretations of gold’s place in the economy. In fact, most investors understand that gold can be a safe haven asset. But only someone like Marin Katusa can eloquently explain why it’s a safe haven asset, and how its price could explode during the next financial crisis.

You see, what most people don’t realize is that the financial community has almost no exposure to gold. In fact, many of the wealthiest people in the world don’t really take it seriously, even though its price continues to rise every time a crisis strikes. Now imagine what would happen if the biggest financial players were spooked by a major shock to the global economy. If only a tiny fraction of their wealth went towards gold, there would be unprecedented effects:

…People with money haven’t even started with this. Look at the pension funds. Did you know that for like the last 70 years that you could track this, they’re at their all time low for their exposure in gold? Pension funds, the sovereign wealth funds, we’re talking like less than .2% of their funds are allocated to gold and the gold sector.

So that’s going to change Dan. When it’s at the all time low you know it can’t get much lower than .2%. So if it even gets to .3%, that’s a 50% increase to a very very small sector. Remember, Apple could buy up every gold mining producer, mid-tier, and exploration development company in the world, and it wouldn’t even matter to their cash position. It’s a very very small sector and I think we’re in the very early days. I think it’s going to be great.