The West Is In BIG TROUBLE: Russia & China Will Team Up To Create A New Reserve Currency 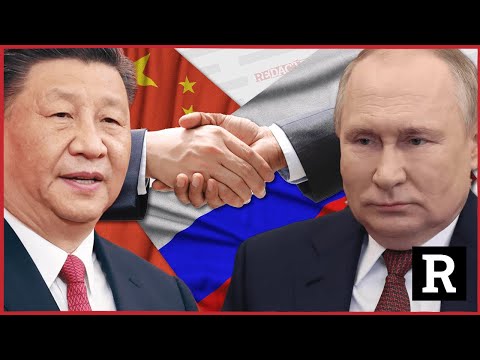 Russia has joined forces with China to create a new reserve currency. According to reports, this new currency will be based on rare earth minerals like gold, silver, uranium, and more. This is a massive challenge to the United States dollar’s dominance around the world, which isn’t based on anything.

There will be a dramatic shift in the world economic order once Russia and China successfully rollout their currency, says Clayton Morris, an American real estate investor, and former television news anchor. Morris talked about this new currency on the YouTube channel Redacted.

“This means that the new reserve currency won’t be the U.S. dollar, for one thing, which is earth-shattering, right? But it’s also Earth-shattering for another few reasons. This new currency will be based on rare earth minerals, guys. I’ve been saying this for a while, and that’s why I’m personally investing in them, ok?” Morris says.

Russia and China both are moving their currency to real tangible things, while the U.S. central bank continues to create fiat currency out of thin air by adding digits to a computer. While the U.S. gets further and further into debt, Russia has been stockpiling gold.

“These BRICS nations have been in the midst of a 20-year plan to de-dollarize, de-dollarize. Even before the Ukraine conflict started. Both China and Russia were stockpiling gold and working on denominating transactions outside of the United States dollar. It was another “secret” that was all right there out in the open for anyone to pay attention to. This is a massive challenge to the U.S. dollar. Which isn’t based on gold or anything.” Morris continued.

We even noted way back in 2018 that Russia was going to stockpile gold as a way to “beat” U.S. sanctions. It looks like they are making good on their promise and the dollar’s days are numbered. “The U.S. is willing to sanction Russia for everything except the rare earth minerals we need to survive,” said Morris.

Russia Plans To Beat US Sanctions By Stockpiling Gold

The U.S. dollar is a debt-based currency, and a debt-based system is bound to collapse. Has that time come? Do Russia and China know what’s next?

The other thing to be aware of is that China and Russia are both sitting on mountains of minerals, says Morris. While the U.S. and Europe are clamoring for these same minerals and metals.  “Frankly, they are begging for them,” he added.

While Russia and China seek a currency backed by tangible assets, the U.S. and Europe are facing an energy crisis of their own making. Right now, the U.S. gets about 50% of its uranium from Russia. As the West tries to eliminate the use of fossil fuels, Russia is laughing all the way to the bank. Our nuclear power plants are reliant on Russia. “Just let that sink in,” Morris said.

There is an incredible demand for minerals right now, because of all of the geopolitical and economic moves made by several countries. Morris is investing in Uranium Energy Corp or UEC as a self-described “mineral bug.” UEC can get us off the dependence on Russian uranium and is a Texas-based company, added Morris. You can invest in this company via the New York Stock Exchange.

We are in a dire situation as residents living in a Western nation. We still need more uranium to keep up with the demand in these nuclear facilities.