The United States Is Becoming A Third World Country 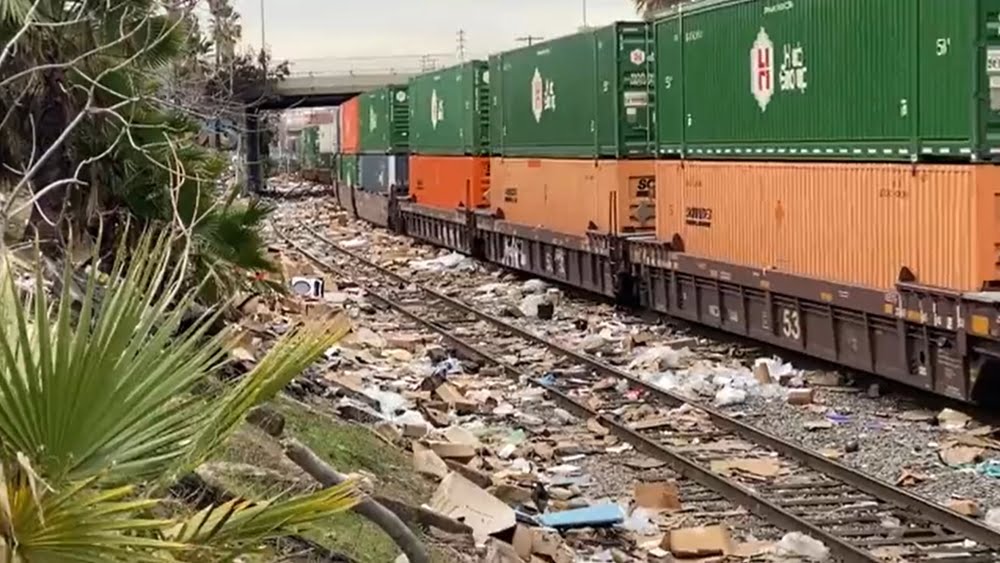 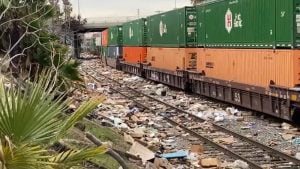 In the old days, Americans would derisively speak of “third world countries” that were plagued by high crime rates, corrupt governments, severe economic problems, and an overall lack of civilized behavior.  Unfortunately, the tables have turned, and now we are becoming a “third world country”.

The thin veneer of civilization that we all used to take for granted has been steadily disappearing, and our nation seems to become a little bit more degenerate with each passing day.  Of course, this didn’t happen overnight.  It has taken decades of decline to get us to this point, and now our decline appears to be accelerating.

If you have ever visited a foreign country with a major crime problem, you probably recall the unsettling experience of suddenly realizing that you are the prey and that the predators on the streets won’t hesitate to take advantage of you if they sense an opportunity.

Sadly, many Americans now feel like that on a permanent basis in their own local communities.

In recent years, crime rates in our core urban areas have absolutely skyrocketed.  For example, the Daily Mail is reporting that carjackings in some major U.S. cities have risen by up to 510 percent…

Major cities across the US have observed carjackings spike by up to 510 percent in a ‘disturbing’ trend some are attributing to lax punishment and a shift in driving habits.

In line with an overall rise in violent crime across the nation, cities such as Chicago, New York, Philadelphia and New Orleans are experiencing a jump in violent vehicle takeovers as critics slam criminal reform systems.

Other forms of theft has become absolutely rampant as well.

Footage of thousands of discarded boxes and packages that had been stolen from cargo trains in southern California shocked the nation so much that California Governor Gavin Newsom felt compelled to go down there and check it out for himself.

Once he got down there, he actually used the term “third world” to describe what he was witnessing…

Last week, the governor visited the site as an effort was already underway to clean up the shredded boxes after looters broke into railcars to steal Amazon and UPS packages.

“What the hell is going on?” Reuters quoted Newsom as saying amid the aftermath of the railcar thefts on Union Pacific train tracks in downtown Los Angeles.

Newsom said the scene “looked like a third world, these images, the drone images that were on the nightly news.”

For once, Newsom was actually 100 percent correct.

This sort of thing shouldn’t be happening in a civilized society.

But even when we catch criminals and take them to jail, they are often put back on the streets very quickly.

In Detroit, a drug dealer that doused his pregnant girlfriend with lighter fluid and set her on fire “was granted a $5,000 bond” and is now free to continue terrorizing those around him…

A Detroit drug dealer was granted a $5,000 bond despite allegedly setting fire to his girlfriend who was 27 weeks pregnant with twins, burning 60 percent of her body and leaving her critically-ill.

Convicted drug pusher Devonne Marsh, 42, reportedly doused his 26-year-old girlfriend with lighter fluid and ignited her on fire after the pair had an argument.

Of course, crime is just one piece of the puzzle.  Inflation is out of control, there are widespread shortages all over the country, basic services are breaking down, this pandemic has exposed rampant incompetence and deep corruption among our health authorities, and our streets are filled with drug addicts, homeless vagrants, and scam artists.

As our country deteriorates at a very alarming pace, an increasing number of Americans are blaming the Biden administration for our woes…

“Downhill, divided, doubting democracy, falling behind, and tuning out — this is how Americans are feeling as they’re heading into 2022,” Democrat pollster Jeff Horwitt of Hart Research Associates told NBC News.

Biden’s approval remains in the low 40s (43%) and 72% of Americans say the country is headed in the wrong direction. NBC News reports more than 70% saying that in back-to-back polls has happened just six times in the poll’s history, according to the report.

After Biden’s two-hour press conference last week in which he was questioned why 49 percent of voters believe he is mentally unfit to be president, 49 percent also strongly disapproved of Biden’s presidential performance, a 30 point differential.

Certainly, Biden has been a complete and utter disaster, but all of our problems are not solely his fault.

It has taken decades for America to reach this juncture, and things are getting worse with each passing day.  I really like how Victor Davis Hansen summarized the current state of affairs in one of his recent articles…

Hard Left “woke” ideology has all but obliterated the idea of a border. Millions of impoverished foreigners are entering the United States illegally — and during a pandemic without either COVID-19 tests or vaccinations.

The health bureaucracies have lost credibility as official communiques on masks, herd and acquired immunity, vaccinations, and comorbidities apparently change and adjust to perceived political realities.

After decades of improving race relations, America is regressing into a pre-modern tribal society.

Crime soars. Inflation roars. Meritocracy is libeled and so we are governed more by ideology and tribe.

We are so deeply divided, and there is so much anger and hatred in our nation today.

And a house that is divided will surely fall.

In fact, the elite have already been strongly promoting the idea that we should all become accustomed to eating bugs…

A quick search of the World Economic Forum website reveals an obsession with the idea. Here’s a small selection of articles from the last few years: “Worms for dinner? Europe backs insect based food”; “Good grub: why we might be eating insects soon”; and “Fancy a bug burger?”

The house journals of global capitalism, the Financial Times and The Economist, take a similar line. Both publications advocate for entomophagy beneath perky headlines such as “Eating bugs: a culinary idea with legs” and “Why eating insects makes sense”.

Actually, at the rate that global food supplies are tightening, bug-eating may become quite popular sooner rather than later.

We live in such troubled times, and I have a feeling that they are about to become a lot more troubled.

But I don’t plan on eating bugs.

And I don’t want to live in a third-world country.

Unfortunately, our politicians don’t listen to people like you and me.

They are just going to keep doing what they are doing, and we are all going to suffer the consequences of their disastrous decisions.