The System Will Cycle: “Who and What Will Survive the Re-Set”? 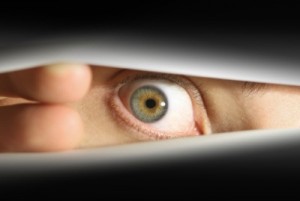 Editor’s Comment: Prepping for a big change in the system, a huge catastrophe or a precipitous decline in the American standard of living isn’t about stocking food, water, guns, ammo, supplies and the like. It also means a very strategic assessment or your personal debts and liabilities, and what kinds of possessions and assets will benefit you after a collapse (if it comes in our time).

If you own yours own property, and have an entire survival system in place, it won’t do you any good if the debt is too high to repay, and the deed remains with the bank. The consequences of repossession, bankruptcy, asset forfeiture and other mechanisms for stripping away what is rightfully yours, and making impossible your survival can’t be ignored, and may be as important after the collapse as door-t0-door SWAT or army patrols. Seizure of stockpiles of resources of any kind can also be “legally” taken by the federal government if responding to an emergency, as per numerous executive orders that remain in place. On the other hand, if you play your investments just right, and also stock up on useful real-world skills that can help you and others thrive and survive, there may be capital to hold and wisely manage in a post-apocalyptic world, or merely one in which most people are much poorer.

Being truly prepared for what is coming means living up to a challenge that is multi-faceted. Subtle threats may be just as deadly.

Which Assets Are Most Likely to Survive the Inevitable “System Re-Set”?

Your skills, knowledge and social capital will emerge unscathed on the other side of the re-set wormhole. Your financial assets held in centrally controlled institutions will not.

Longtime correspondent C.A. recently asked a question every American household should be asking: which assets are most likely to survive the “system re-set” that is now inevitable? It’s a question of great import because not all assets are equal in terms of survivability in crisis, when the rules change without advance notice.

If you doubt the inevitability of a system implosion/re-set, please read Is America In A Bubble (And Can It Ever Return To “Normal”)? This brief essay presents charts that reveal a sobering economic reality: America is now dependent on multiple asset bubbles never popping–something history suggests is not possible.

It isn’t just a financial re-set that’s inevitable–it’s a political and social re-set as well. For more on why this is so, please consult my short book Why Our Status Quo Failed and Is Beyond Reform.

The charts below describe the key dynamics driving a system re-set. Earned income (wages) as a share of GDP has been falling for decades: this means labor is receiving a diminishing share of economic growth. Since costs and debt continue rising while incomes are declining or stagnating, this asymmetry eventually leads to insolvency.

The “fix” for insolvency has been higher debt and debt-based spending–in essence, borrowing from future income to fund more consumption today. But each unit of new debt is generating less economic activity/growth. This is called diminishing returns: eventually the costs of servicing the additional debt exceed the increasingly trivial gains. What happens when the bubbles pop, despite massive central bank/state interventions? The entire socio-political/financial system goes through a “system re-set” in which all the fantasy-based valuations, political denials, false promises and fraudulent claims collapse in a heap.

In a crisis, the privileged Elites will change the rules in a desperate attempt to expropriate the income and wealth of the bottom 99.5% to preserve their own power.
The trick is to do so in ways that won’t spark an immediate political insurrection.

Those assets that are easy to expropriate will be expropriated first. Those that are difficult to expropriate are far less likely to be grabbed, due to the high costs of expropriation and the high risks of sparking a political insurrection.

History suggests the privileged Elites will pursue two basic strategies to expropriate the income and wealth of non-elites:

1. They will expropriate what is easy to expropriate: financial assets in centralized institutions the state controls: banks, brokerage accounts, insurance policies, etc.
2. They will use the time-honored “stealth expropriation” methods: inflation and taxes.

Any “money” held in a centrally controlled institution can be expropriated overnight. The rules will change without warning, so there will be no opportunity to escape the system.
Direct expropriation takes many forms. Your funds could be “bailed-in” (transferred to the bank). Large currency bills could be declared worthless. IRA and 401K accounts could be transferred into government bonds, to “protect the account owners from risky investments.” (Naturally, any expropriation will be presented as “for your own good.”)

Indirect “stealth” expropriation has several forms: slow currency devaluation, also known as inflation, or higher taxes and junk fees (not called taxes, but you receive no additional value for the higher fees).

The end result of these policies is you may receive the $2,000 monthly pension you were promised, but after inflation, currency devaluation and taxes, your real purchasing power is $100 in today’s currency.
So what’s difficult to expropriate? I present some answers in my books An Unconventional Guide to Investing in Troubled Times and Get a Job, Build a Real Career and Defy a Bewildering Economy.
It’s impossible to expropriate one’s skills, experience and social capital. These are intangible forms of capital and so they cannot be confiscated like gold, currency, land, etc.

Land and homes are difficult to expropriate for two reasons: private property is the backbone of capitalism and democracy, and the state confiscating private property would very likely spark a political insurrection that would diminish or threaten the power and wealth of the privileged Elites.

Secondly, it’s very costly for the state to maintain the productive output of real property it has confiscated. Guards must be posted, sabotage repaired, and the immense difficulties of coercing a rebellious populace to continue working what they once owned for the benefit of the state and its privileged Elites must be solved and paid for.

The state can expropriate farms, orchards and workshops for back taxes (or some similar extra-legal methodology), but how do you force people to work these properties productively?

As a general rule, whatever the super-wealthy own will be protected from expropriation. Private real property is the foundation of the Elites’ wealth, and while the land of debt-serfs may well be confiscated for back taxes (the wealthy will buy exemptions from rising taxes), those who own land and buildings free and clear constitute a political force to be reckoned with.

As I discuss in my book Resistance, Revolution, Liberation: A Model for Positive Change, there’s one other asset the state and its ruling Elites cannot expropriate: community.

The state will also have difficulty confiscating assets that are outside its reach. This explains the popularity of owning assets in other nations, and the debate over cryptocurrencies: will states be able to confiscate all cryptocurrencies at will, or is that technically unfeasible?

The main takeaway is this: your skills, knowledge and social capital will emerge unscathed on the other side of the re-set wormhole. Land and real property you own free and clear (no debt) is likely to remain in your possession, as long as you can pay soaring taxes/junk fees during the crisis phase. Your financial assets held in centrally controlled institutions will not make it through unscathed; they are simply too easy for central authorities to expropriate.