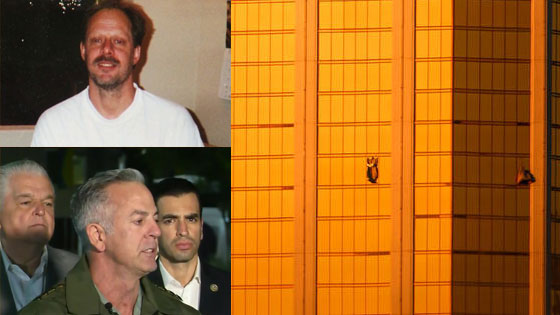 The infamous security guard at the Mandalay Bay Hotel, who was allegedly shot stopping the massacre in Las Vegas over a week ago is not listed or registered as such. Jesus Campos, who the narrative is constantly changing around, is still a source of mystery. 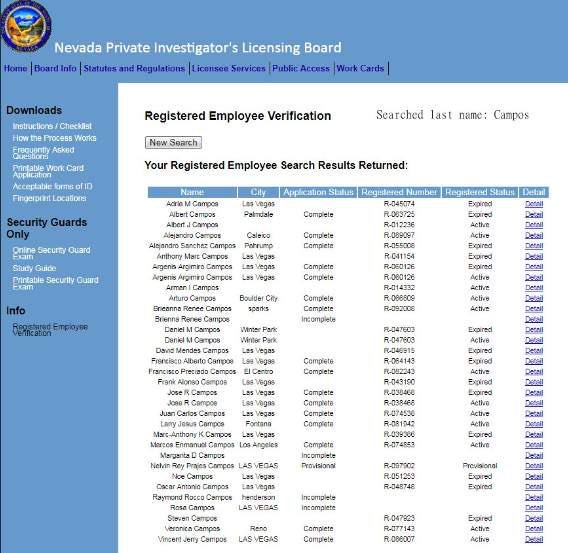 So who is Jesus Campos? That burning question has bothered many since the release of his name, but there’s been no photograph of this alleged hero, even though we’ve already seen crime scene images of the guns Stephen Paddock allegedly dragged up to his 32nd-floor hotel room. The ever-changing narrative now though, seems to swirl around this unknown mystery security guard.

At first, Campos, a guard at the Mandalay Bay Resort and Casino, was hailed a hero for helping guide police to gunman Stephen Paddock’s room on the 32nd floor. Police said Campos was shot in the leg at the end of Paddock’s assault on concertgoers—potentially distracting the gunman and causing him to panic and kill himself. But now, questions have been raised after Clark County Sheriff Joe Lombardo revised the timeline and said Campos had actually been shot about 9:59 p.m. a (full six minutes before the mass shooting began at 10:05 p.m.) which means the guard could have instead led Paddock to start opening fire on the crowd for fear of being caught.

Police have said it was difficult to identify the source of the bullets during the attack, and the confusion added more minutes to their lengthy response. But the revised timeline shows officers would have known where Paddock was before the mass shooting even started.

Did Campos call 911? What happened during those six minutes? Much of Campos’s story and background remains a mystery. –Newsweek

Campos’s co-worker Liliana Rodriguez started a GoFundMe account for him on October 3, explaining that he’d been shot while on “random patrol” and it could have been anyone of us. “Funds will be used to provide relief and financial support for him while he gets back on his feet,” Rodriguez’s online petition says. “This is a young man that I work with day in and day out. Any financial support would be appreciated for the time he would need to recover.”

Strangely, a picture of Campos wasn’t displayed as part of the fund because Rodriguez indicated that “due to privacy from the media we do not feel comfortable publishing a photo.” There are obviously certain things that the FBI and other investigators seem intent on covering up. Their own narrative is quickly shattering.

Las Vegas Metro Police Undersheriff Kevin McMahill explained more about Campos’s actions the night of the shooting, helping fill in some of what happened ahead of the attack, but unfortunately, it only added more questions and gave little in the way of answers.

McMahill told KNPR, a local NPR affiliate, that Campos went up to the 32nd floor to investigate a door alarm. While on the 32nd floor, he found that a stairwell door was jammed and radioed down to maintenance. Campos heard a drilling sound and thought it was odd. A maintenance worker came up to the 32nd floor. As the pair started talking, Paddock began firing through the door of his room, first with a single-fire gun and then with a rapid-fire rifle.

Police have said that when Campos radioed what happened, it helped them track where Paddock was holed up – so why change the narrative to make it even more unbelievable? And still, none of this explains why Campos is not registered as a security guard either, and why the timeline is being changed publically. What exactly do they want us to believe?