The Root Of Current Tensions: “They Hold No Loyalty Except To Themselves And To Personal Gain” 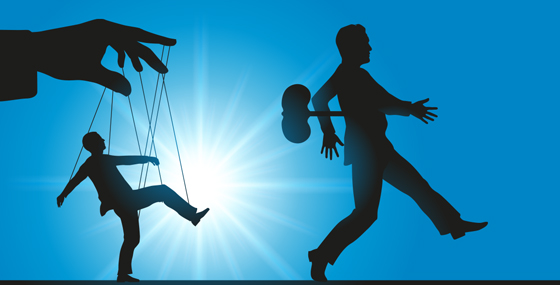 One of the items that is regularly reported on, but quietly…not alarming anyone…is the situation developing in Eastern Europe and the Baltic States.  At the forefront is Ukraine, as the U.S.-orchestrated coup of 2014 and the subsequent annexation of Crimea by Russia created a line to develop into a Second Cold War.  This is the root of the current tensions where both Russia and the U.S. are continuously posturing against one another.

The root of the matter lies in the undue influence that was secured by Georgy Schwarz (also known as George Soros) with the purchase of John McCain.  An article just surfaced on September 13, 2017 entitled Power Games: What McCain, Soros, and the Clintons Have in Common, by Ekaterina Blinova of Sputnik News.  The article gives a brief history of “The McCain Institute for International Leadership,” a non-profit organization profiting on the campus of Arizona State University.  This non-profit organization has received “minor” donations, such as $1 million from the Saudi Arabian government in 2014.

Financial ties between McCain and Soros have been exposed in the past, and that the two have had a nebulous relationship since 2001.  Interestingly enough, it was McCain who was the leading proponent behind the regime change in Ukraine.  Assisted by Victoria Nuland with Obama and Hillary Clinton acting the part of “Zardoz” floating invisibly in the background, supplying the authority, and with Sen. Lindsey Graham as a lapdog-collaborator, it was McCain who orchestrated the coup above-board.

Beneath the boards was Soros.  The reason Soros funded Maidan (the right-wing ultra-nationalists of Ukraine) and approved of Arseniy Yatsenuk (a globalist scientologist who currently resides in California) was to grab Eastern Ukraine for himself.  Soros planned on dumping $50 million, backed by political control via McCain and the other Munsters, and financially by the IMF…all wrapped up in the NATO Hegemony….and buying himself one third of Ukraine…with all types of natural resources from coal to minerals…for 1/1000th of its actual worth.

Soros’ plan fell apart, because he did not count on the Russians seizing Crimea to secure Sevastopol (their Black Sea Fleet HQ) and access to the Mediterranean.  He also did not count on Ukrainians of Russian national derivation revolting in Eastern Ukraine against the installed puppetry of Yatsenuk (Yoda) that eventually “morphed” into Petro “Willy Wonka” Poroshenko’s Kiev government.  Because of the insurrection in the east, the IMF would not bail Ukraine out of the $9 billion plus owed to Russia to pay Gazprom for natural gas consumption.

Notice the complexion of the game has changed.  Soros now is fostering ties with Russia, in the hopes that he can take those mineral and oil rights from the other direction and take himself off the hook with the Russian government. Par for the course in the manner of Rothschild, bankrolling both Napoleon and the British government and selling short on both sides to pocket from the overall misfortune of the situation.  A situation caused by Rothschild and instigated into a war that gave him profits.  Only the players are different in the comedy being played out today.

Jared Kushner has deep ties to Soros, as does Hillary Clinton.  As mentioned in other articles, read Shadow Party by Poe that outlines the key role Soros played in the rise to power of Hillary Clinton.  The President truly needs to clean Washington out, and remove these politicos that kowtow and bend to the whim of oligarchs.  Only then can foreign policy be set that is in the interests of the United States and not a pack of privateers, oligarchs, and politicians…such as a Pelosi who begins a career making $150 grand and ends up with a net worth of more than $40 million.

There is a part of it all that is even worse than the theft.  Because of these games and the corruption attached to them, these individuals depose governments and throw whole nations into civil war and anarchy for the promulgation of personal power and personal gain.  World wars begin on the whims of madmen and see fruition because those madmen are in positions of authority derived from the citizens, yet with no accountability to the citizens.  They hold no loyalty except to themselves and to personal gain.