The Reality of Collapse: “Many Preppers Will Die”

Editor’s Note: In the following article well known Balkan War survivor and developer of the SHTF School Selco shares yet more of his insightful experiences. Many of us have taken steps to insulate ourselves should the worst happen. But is that enough? Selco explains that regardless of the supplies and tools you have in your possession, you still face the very serious risk of injury or death should the system around us collapse. 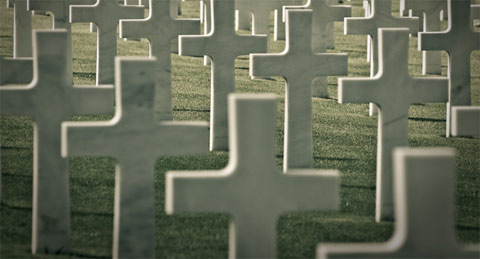 Why Many Preppers Will Die
By Selco

Survivalists and preppers are (or are supposed to be) by definition something like smart folks, people who do not trust mainstream bu..s..t, who follow their own path to be winners at the end.

Actually in reality truth is different.

We all like to say that we are different but just like everyone else we fall under the influence too.

One of the most stupid things or worst mistakes that you can make in prepping is to become “mainstream”. Slap label of prepper on you and you start to think you are smarter than others. You may think that preppers and survivalists can not be mainstream because it is not logical, but yes we can.

We gonna buy bug for BOB because someone said “it is best for BOB” usually without checking who is the guy who said it. Or we gonna say “I have best gun for SHTF” because someone put huge amount of money for marketing it. If most preppers look at their storage they can find items they know theory of using it, but never used it.

The problem here is not buying these things. The problem is with forming your opinion and many survivalists think they know and they have plan but that makes them in reality less flexible to consider all options.

When SHTF and you realize quickly that you have completely wrong boots (or weapon, or BOB or whatever) you maybe still can fix it if you act. Changing way of thinking (or plan…) is harder.

Sometimes he was out of the country for months or year, rumors were that he was something like professional thief, specialised for breaking into “high class” homes, jewellery and safes and similar.

Those stories were rumors only, but in his cafe in town all guests were his crew, and going there for coffee was not forbidden, but also was not bright idea. If you entered there (probably) nobody would kick you out, but atmosphere and faces there clearly would tell you that you are outsider.

In short he was something like “tough guy” in city talks. Weapons, secret gambling, prostitution etc. Guy with his crew.

On first rumors of troubles he started to sell his cafes I guess in order to leave the area, but he was too late. When SHTF, and groups and gangs started to form, he simply gave his cafe to the leader of one group in exchange for protection.

Later when that leader and group were destroyed he found himself imprisoned for some time. Lot of people around were robbed and tortured or killed.

He immediately agree to write statement that he is “selling“ all his cafes to the leader of new group, of course in exchange for the life and freedom.
They had it anyway, but they needed that piece of paper for time after war.

After that he was something like “lone crazy dude” through the rest of the SHTF period. He was nobody.

He survived everything and after that he needed quite some time, few years to prove that he was forced to “sell” his cafes.

Court gave everything back to him. Soon after that he sold everything and emigrated somewhere, probably to place with less chance for another SHTF event.

My friend talked with him before he left the country, and after some time they touched the subject that lot of people wanted to know.

Why did he go down so easy? Why did he not resist at the beginning with his crew? Why did he not had his own strong group during SHTF? Things like that.
He had original answer: “Every time they were stronger than me, I simply had to let it go”.

His story is not so unique, but I know much more stories about how folks got killed because they refused to leave their home (and run) when under attack by several people armed with firearms, while they were unarmed, or armed with pistol or knife, clearly outnumbered.

I read every day on web sentences like “having this gun will save you when SHTF” or “with this BOB you can not lose when SHTF”. Of course this is marketing crap from people who want to sell you something.

Please do not get yourself killed, or allow your family to die when SHTF just because you put your “perfect” BOB on, your “zombie survival” rifle in your hands and went out to save the world.

Or to get killed because you “draw line and here you stand your ground” for example when they attack your home or your storage. Do you really want to die just to hold onto things?

In world of survival number of people who are gonna blindly believe in their equipment, or just blindly stay where is impossible to stay are much higher from folks who are gonna take the smartest option (however bad it could look). This is why many preppers will die. Regular folks will run but some preppers take so great pride in their plan or equipment they do not make right decisions when it matters because of their ego.

You can hear me being not hero and just doing what I had to do for 8 hours in my course.

I am not the dude who is living on tree armed only with kitchen knife and big mouth. I also have BOB, BOL, equipment, weapons and plans.

But if I see that my SURVIVAL is in question I am ready to say f..k it to everything.

Sometimes to survive means not to win but to give up, and wait for next chance. Do not expect to be winner all the time.