The New World Order Takeover Is Very Real: “A Full Spectrum Destabilization Of The Old World Financial And Geopolitical System” 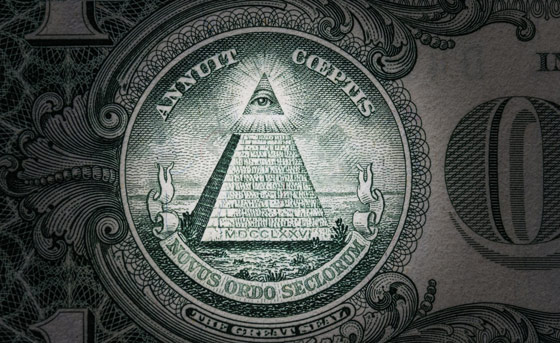 The following analysis was originally published by Brandon Smith of Alt-Market.com

In numerous articles over the years I have outlined in acute detail the agenda for a future one-world economic and governmental system led primarily by banking elites and globalists; an agenda they sometimes refer to as the “New World Order.” The term has gained such public exposure and notoriety recently that the globalists have fallen back to using different terminology. Some of them, like the International Monetary Fund’s Christine Lagarde, refer to it as the “global economic reset.” Others call it the “new multilateralism.” Still others refer to it as the “end of the unipolar order,” referring to the slow death of the U.S. economy as the central pillar of the global economy.

Whatever label they decide to use, all of them signal a full spectrum destabilization of the “old world” financial and geopolitical system and the ascendance of a tightly controlled one world edifice dominated openly by globalist hubs like the IMF and the BIS.

Too many people, even in the liberty movement, tend to examine only the veneer of this agenda. Some have deluded themselves into thinking the U.S. and the dollar are actually the core of the NWO and are therefore indispensable to the globalists. As I have shown time and time again, the Federal Reserve is now on a fast track to complete its sabotage of the U.S. economy; they would not be instigating instability and crisis to deflate the massive fiscal bubbles they have created unless America was at least partially expendable.

Some believe the NWO is a purely “western” construct and that eastern nations are defending themselves against an encroaching globalist empire. I have also shown that this is nonsense, and that eastern nations work closely with the same exact globalists they are supposedly at war with. This includes Russia’s Vladimir Putin, a figure often ignorantly praised by select liberty activists.

What we see in the mainstream is conflict, yes; but it is theatrical conflict. At the end of the day, Eastern leaders pander to globalist high priests at the IMF and BIS and have lunch with NWO icons like Henry Kissinger, just as heads of the Republican Party and even Donald Trump’s family go out to parties with Democrat strategists and George Soros.

It’s all a kabuki play. All the world is a stage…

So, the question then remains, since the NWO and a one world economic system is in fact a real threat proven to exist through considerable evidence including the very words of prominent globalists, how does such a thing begin? If the U.S. is merely a limb that the globalists are willing to sacrifice in trade to gain even greater centralization, where will the NWO actually take root? As noted, both Eastern and Western nations are at the disposal of the international financiers, so it should come as no surprise that the NWO is seemingly taking shape around the relationship between two nations; one from either side.

As Bloomberg announces with apparent glee in an article titled “China, Germany Step Up As U.S. Retires From World Leadership,” Donald Trump risks “uniting cold war allies and foes alike against him.” In other words, the future is extreme socialism, the populists are a dangerous and dying breed and globalization marches on without them. The narrative is clearly being established.

The relationship between China and Germany might seem strange, but the two countries are far more alike than many people comprehend. Germany is the industrial and economic centerpiece of the European Union.  China is the economic and industrial pillar of Asia.  China sells itself as a communist society with capitalist hobbies. Germany sells itself as a capitalist society integrating socialist (communist) programs and social justice mantras. In reality, both nations are collectivist hell-holes, but this is exactly the kind of model the globalists want for the entire world.

Germany has set the stage for the self-flagellating model of “multiculturalism.” Angela Merkel is obsessive in her pursuit of the ideal, and this makes sense from a globalist perspective. Multiculturalism requires absolutely uninhibited movement of ideologies and populations across borders, making borders essentially obsolete. Idiot leftists duped by pie-in-the-sky fantasies like “it takes a village to raise a child” have been exploited by the globalists as a tool to push the end of national sovereignty. Merkel’s Germany has been at the forefront of this movement in Europe and is now apparently being groomed as an antithesis to Trump.

Germany has also for many years stood as a kind of socialist paradise, with over 25% of their GDP going into entitlement programs so pervasive it is possible for German citizens (women in particular) to live most of their lives without ever having to work. It was this constant flow of tax dollars into welfare programs that attracted a vast number of so-called “refugees” from Islamic countries into the EU, virtually overwhelming the entitlement system and forcing Germany to put restrictions on new citizens.

China has served the NWO model as more of an oppressive economic testing ground. Welfare and universal health insurance is indeed at the forefront of the Chinese government’s latest “five year” program. Of course, with hundreds of millions of Chinese living on less than one U.S. dollar per day, the population has no choice but to rely on the generosity of the state. This has molded an economy that is barely tolerable for many, but tolerable enough to keep them from revolting. It is a dynamic the elites would like to apply in every nation.

The Chinese government oversees every aspect of the corporate networks that make up its economy. A Chinese business is in most cases a Chinese government business. There is no such thing as free enterprise in China. China’s relationship with globalist institutions is well known. They are one of the first nations to openly call for a new global currency system headed by the IMF and based on the SDR basket. China has also recently been inducted into membership in the SDR basket by the IMF, showing that the back scratching is mutual.

It is this strategy of elevating the SDR basket and replacing the dollar’s world reserve status as a precursor to a global currency that has been brought up time and time again by globalists. Recently by Mohamad El-Rian, former CEO of PIMCO in an article titled “Could The IMF’s World Currency Help Encourage Global Unity?” Take special note that El-Erian suggests the shift into a global currency system as a way to fight back against the recent “rise of populism.”

In order for such a plan to be launched, there has to be some stability somewhere on the world. While many nations face financial crisis on a scale not seen since the Great Depression, the globalists still need to have places to consolidate capital and establish a beachhead for the next assault on sovereignty. This beachhead may come in the form of an economic union between Germany and China, the two NWO favorites.

China is Germany’s largest trading partner and Germany has been the top place for Chinese investment in Europe. Last month Merkel and Chinese Premier Li Keqiang met with the intention of “deepening ties” in the face of “protectionism” promoted by Donald Trump. Merkel stated:

“China has become a more important and strategic partner…”

Germany’s ambassador to Beijing, in a recent briefing with reporters leading into G20 stated:

“The economic and political dynamic from a German perspective is moving toward the east.”

“The U.S. has left somewhat of a vacuum in the region by abandoning the proposed 12-nation Trans-Pacific Partnership free-trade agreement…”

As I have argued since before the 2016 election, Donald Trump’s job is to be the catalyst for multiple globalist programs which have actually been in the works for decades. Trump is now the excuse for everything. Trump and populism are the excuse for renewed “multilateralism,” the excuse for German and Chinese cooperation, the excuse for a new global currency system and, most likely, the scapegoat for the inevitable final stage of our ongoing economic collapse.

Where Trump is supposed to represent the old world order and its “barbarism,” Germany and China obviously are being staged as the symbol of something new; a New World Order in which cooperation and interdependency are the great virtues of our epoch. It is my suspicion that along with Russia and China, Germany will be one of the first nations to fully dump the U.S. dollar as the world reserve currency when the time comes to shift into the SDR basket system. And, that time is approaching quickly. It is also my suspicion that the globalists are seeking an economic power base from which to project their NWO, and Germany and China fit the bill nicely.

I suggest alternative analysts watch the relationship between these two countries very closely. Their behaviors may signal many changes and dangers ahead.