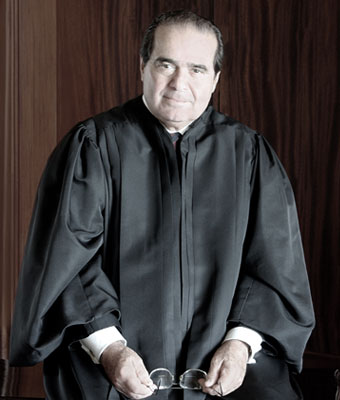 The sudden death of justice Antonin Scalia is sending shock waves through the political system.

It is unclear how long the process to appoint a replacement would take, but Obama’s first two choices make clear how dangerous his presidency is to the laws of this nation.

Radical misinterpretations of the law will upend the rights of the people, and introduce leftist indoctrination and twisted policies into the institutions across this country. Landmark decisions on any and all of these matters will weigh heavily with changes to accommodate these ideas.

In the short term, it will mean the likelihood of frequent 4-4 tie votes… in the longer run, it means that another Obama appointment will tip the court towards a decidedly left leaning Supreme Court that frequently takes up controversial social issues that divide Americans and devour rights.

The conservative leaning of Scalia was an icon, with 30 years in the Supreme Court.

Within moments of the announcement that Supreme Court Justice Antonin Scalia had died, Republicans and conservatives signaled they intended to end the Obama years exactly as they had begun them: with partisan- and ideologically-fueled obstructionism. Before the nation had time to ponder Scalia’s impact on American jurisprudence and society, prominent conservatives and GOP presidential candidates were vowing, through tweets, to block President Barack Obama from filling the vacancy on the Supreme Court. This could well be the Republicans’ final battle in the war on Obama.

And, of course, there is a great deal of scrutiny and controversy over the handling of his death:

Is it normal for a judge to pronounce someone died of natural causes without even seeing the body? https://t.co/9T2NrGy7bY

Now with the passing of Justice Scalia, a number of contentious key court cases could find much different outcomes if Obama places a more sympathetic justice on the court.

Pending cases which the Supreme Court may take up include:

And none of these key legislative fights will be better off without Scalia; with him goes a defender of Constitutional rights in an era which justice is twisted, along with the meanings of our laws and way of life.

It deprives conservatives of a key vote and probably will derail some anticipated conservative victories in major Supreme Court cases, including one in which labor unions appeared headed for a big defeat. Next month’s Supreme Court clash over contraceptives, religious liberty and President Barack Obama’s health care law also now seems more likely to favor the Obama administration.

The administration’s plan to shield up to 5 million people from deportation was struck down by lower courts and a Supreme Court tie would leave that ruling in place. On abortion, the administration is backing a challenge to Texas’ strict new regulations for abortion clinics. A federal appeals court upheld the regulations.

Though the Post didn’t mention it, it is will surely affect gun rights as well. Obama has chosen numerous battlegrounds for gun control through agency mandates. The chance for a big test on firearms in the Supreme Court seems difficult to ignore.

Moreover, Scalia had a very strong record on free speech rights, and protection for the fourth amendment. Via Slate:

Scalia cast a decisive vote in the most important free speech case of the 1980s, Texas v. Johnson, which held that flag burning qualified as constitutionally protected expression. He wrote the landmark majority opinion in 2011’s Brown v. EMA, a double victory for First Amendment advocates that protected both depictions of violence and minors’ rights. And he dissented in Maryland v. King, arguing that the Fourth Amendment forbids law enforcement from collecting DNA from arrestees. (His fierce dissent sounds like it could have sprung from the pen of Edward Snowden.)

In many contexts, Scalia was extraordinarily protective of Americans’ right to privacy—though he himself would never use that term. He wrote the majority opinion in Kyllo v. United States, a 5-4 ruling that barred police from peeping into a home with a thermal-imaging device. He also wrote the majority opinion in Florida v. Jardines (another 5-4 decision), barring police from entering private property with a drug-sniffing dog without a warrant. Time and time again, he cast votes to protect drivers from intrusive car searches by law enforcement. Just last term, he sided against the police in a landmark ruling that restored constitutional rights to motorists illegally detained by cops.

And then there’s his view of the Confrontation Clause, which guarantees every criminal defendant the right “to be confronted with the witnesses against him.” The Framers of the Constitution intended the clause to forbid hearsay in the courtroom, allowing every defendant to cross-examine, under oath, those who offer testimonial evidence against him. Before Scalia joined the court, this crucial safeguard against faulty trial testimony had been reduced to a constitutional vestigial limb. As a justice, Scalia embarked on an astonishing and almost entirely successful crusade to restore the clause’s place in the pantheon of civil liberties.

Will anyone take up his mantle in the era of ever-present surveillance?

And more to the point, will anyone slow the tyranny of Obama, or of a Hillary?