The Mantra: Practical Tips for Resisting the Police State

Sun Tzu counseled that it is madness – because pointless – to directly confront a superior foe. A costumed goon with a badge and a gun, for instance. You will lose (cue Dolph Lundgren voice from Rocky IV).

But that doesn’t mean you must cooperate with said goon. 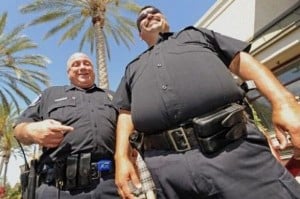 In that spirit, here are some practical tips and things to keep in mind the next time you’re compelled to interact with one of America’s Swinest:

Eric Peters is an automotive columnist and author who has written for the Detroit News and Free Press, Investors Business Daily, The American Spectator, National Review, The Chicago Tribune and Wall Street Journal. His books include Road Hogs (2011) and  Automotive Atrocities (2004). His next book, “The Politics of Driving,” is scheduled for release soon. Visit his web site at Eric Peters Autos.