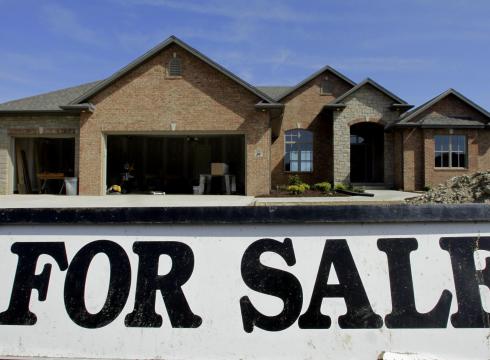 If it seems like the youngest generation of adults are missing out on starting their lives, and becoming real grown-ups… it might be because they are.

And despite what you might be thinking, it’s not just a case of fixation on vapid social media, cultural decline or laziness among millenials that is to blame. There is definitely a problem with the economic realities of the day that is making a major contribution to this growing problem as well.

The destruction of opportunity has been perhaps the biggest consequence of the economic crisis of 2008, and it continues to undermine the majority of Americans.

Housing and rent prices have soared, along with other sharp increases in the cost of living. Meanwhile, student loan debt has been absolutely crushing (and threatens to topple the economic system once again) and college graduates have been mismatched with a severe shortage of good jobs and decent wages – forcing far too many into competing for menial or basic service jobs.

This and more has put the decent lifestyles of the Middle Class, long the norm for most Americans, out of reach, particularly those just setting out in the world. Hard work be damned.

And thus, a massive wave of arrested development and immaturity has been bred at the hands of the bankers.

Homeownership is statistically at its lowest rate (63.7%) since the 60s, while the rate for those under 30 is at or near the all-time lowest point since the records began.

This article in the Daily Mail focuses on the issue in Britain, but the same trends are definitely happening in the United States and many other parts of the world:

Home ownership among young people is at its lowest level since records began, according to new figures released today.

Only 45 per cent of 20 to 30 year-olds in Britain currently own their own property, as critics say soaring home and rental prices are keeping them locked out of the housing market.

It has raised concerns that young people are being forced to delay settling down and starting a family because they are still living with their parents or in shared housing.

Traditional home owners – i.e. families and couples – have been displaced in the current market.

Housing prices (and rent in partial tandem) have been driven up sharply since 2008 largely by Wall Street speculators, fueled by cheap QE credit, which has created a huge bubble that is presently endangering the global economy. Meanwhile, the jobs recovery never really happened, and the value of higher education – in terms of both educational standards and return on investment through job advancement – has deteriorated sharply. The combined results are absolutely devastating.

Many analysts have pointed to the fact that an enormous societal shift is underway – average people in general are losing the ability to advance in the world by owning property and other assets that can earn them income, and increase their status and personal power in life.

In traditional feudal systems, serfs were the landless peasantry who worked the land of their feudal lords in exchange for protection. In our present-day neofeudal system, serfdom has a different definition: present-day serfs own little or no productive capital and have few opportunities to ever acquire any.

[…] what makes the present system neofeudal is the central banks: by extending essentially unlimited credit at near-zero interest rates to financiers and corporations, the central banks have given the top .01% the ability to outbid mere savers for income-producing assets (i.e. productive assets).

If a person is unable to earn enough to save, and is unable to compete with financiers and corporations for productive assets, that person is a modern-day serf, a debt-serf indentured to banks and stripped of opportunities to own the sort of assets the Financial Nobility use to accumulate ever-greater wealth and income.

The problem isn’t just a tilted table for the rich, or a generation of millenials spoiled on decadence. The biggest problem of all is the erosion of opportunity.

With enough momentum, this will leave the bulk of the masses almost entirely dependent upon government, and at the mercy of landlords, business moguls and potentially-predatory billionaires.

Again, this is not just a fleeting problem or a sensational topic for the headlines. We are witnessing a literal shift back to feudalism – a scourge that was largely eradicated in the Western world during the exit from the dark ages.

Modern Americans have been conditioned to give up and stick a hand out. And the bankers all too happy to have them line up and fall under their yoke.

As Thomas Jefferson is quoted:

“I sincerely believe that banking establishments are more dangerous than standing armies, and that the principles of spending money to be paid by posterity, under the name of funding, is but swindling futurity on a large scale”

The Great Middle Class Extinction: “95% of New Homes Built for Rich or Poor”

New Housing Bubble: Prices Up, Ownership Down, Wall Street a Mega-Landlord: “America is Becoming a Nation of Renters”