THE LIBERATOR: Dawn of the Wiki Weapons *Videos and Pics* 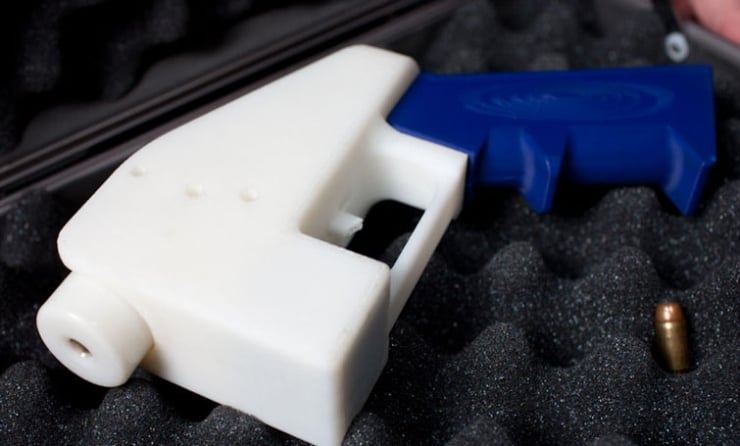 Last week President Obama said that his administration’s recent gun control push is merely “the first round,” suggesting that attempts to force Americans to submit to background checks, mental health screenings and gun registrations are only the beginning of a concerted effort designed to remove guns from the hands of as many people as possible. Executive actions taken at the end of April, which were designed to put an outright ban on the importation of gun accessories, magazine and ammunition, provide further evidence that gun control proponents will stop at nothing to limit access.  Moreover, the President’s Homeland Security team, spearheaded by Secretary Janet Napolitano, is working overtly to indirectly disarm Americans by purchasing hundreds of millions of rounds of ammunition in an attempt to dry up the retail ammunition supply market, a move Sen. Jim Inhofe (R-OK) says is “intentional.”

The Second Amendment is under attack on all fronts through domestic regulation, foreign treaties, and legislative action on the federal, state and local level. Everywhere we turn, it seems, there are those who would supplant our fundamental right to defend our homes from predators and our freedom from oppressive government.

In Austin, Texas, however, there is a different kind of movement afoot. It’s one that promises to change the very landscape of gun ownership, and it’s got lawmakers around the world quaking in their boots.

After months of development and testing, Austin-based Defense Distributed has produced the first ever 3-D printed firearm, and has successfully tested it with live ammunition. The project’s lead developer Cody Wilson says the Defense Distributed collective of gun access advocates will release the blueprints for the printable gun to the public for free.

It’s called the Liberator, and it’s been produced solely with the use of a 3D printer purchased on Ebay for about $8000.

While it looks like a child’s toy, be assured that this piece of plastic is designed to be a killing machine and is capable of firing a standard .380 caliber round. If you have a 3D printer and the plans to print it, you can do so with just sixteen easy-to-assemble pieces: 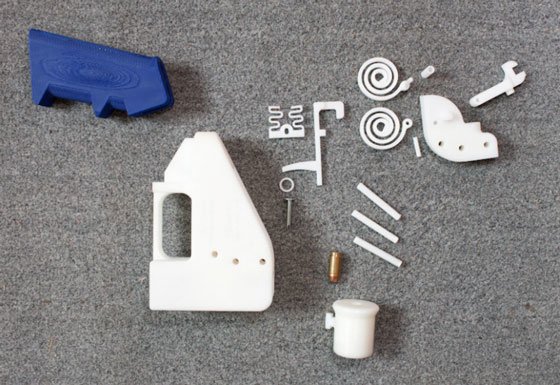 As you  may have guessed, lawmakers are already working on legislation to ban the technology, though it is unclear if they intend to ban just the production of 3-D printed firearms, or the printers themselves, which are available starting at about $1000.

The Liberator may look like a toy, but “this gun can fire regular bullets,” Schumer said, calling for legislation outlawing the technology’s weapons potential.

“Security checkpoints, background checks and gun regulations will do little good if criminals can print their own plastic firearms at home and bring those firearms through metal detectors with no one the wiser,” Israel said in a statement.

To Schumer, the ramifications of make-your-own untraceable and undetectable weapons are “stomach-churning.”

“Now anyone, a terrorist, someone who is mentally ill, a spousal abuser, a felon, can essentially open a gun factory in their garage,” Schumer said. “It must be stopped.”

They can make all the laws they want. This technology has now been let out of the bag, and stomach churned gun control advocates can push as hard as they want. It will not stop the plans for The Liberator from being disseminated to anyone who wants them.

Defense Distributed and the many others working on open-source 3-D printing kits for firearms and accessories have changed the world. And there’s no going back.

You can download the blueprint for The Liberator at DefCad.org and learn more about the Wiki Weapons project at Defense Distributed.

Watch: Dawn of the Wiki Weapons