‘The Everything Bubble’: Why The Coming Collapse Will Be Even Worse Than The Last 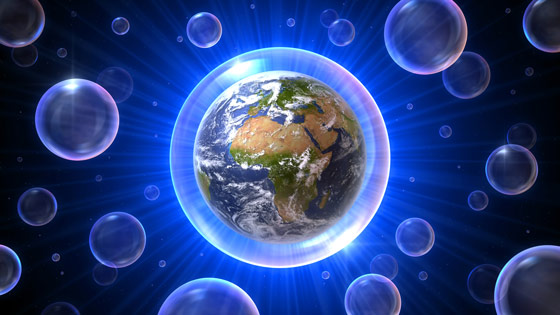 The next crash is coming, and the decision by central banks to paper over their economy’s troubles with a massive injection of debt likely means that the next crash is already overdue.

Soon, investors will be forced to reconcile a massive expansion of debt and falling productivity and growth with a host of potentially disruptive crises: The advent of government-sponsored cyberwarfare, followed by the collapse of the global dollar-based monetary system. Whereas the last crisis trigger massive devaluations in the real estate and stock markets, the next crash will be the result of a triple bubble in stocks, real estate and bonds as investors bail out of traditional assets in favor of the safety of gold, silver and – perhaps – cryptocurrencies like bitcoin.

Gold analyst Mike Maloney believes that traditional assets will plunge, and gold, silver and cryptocurrencies like bitcoin will outperform, as investors seek protection from the coming collapse of the global dollar system. Maloney explains his thinking in a new YouTube video “The Everything Bubble.”

In the U.S., housing prices have experienced a halting recovery since the subprime crisis. But in other markets, like New Zealand, Canada, a frenzy of buying by wealthy Chinese hoping to stash their money abroad kept prices afloat, driving the ratio of home prices to incomes to all time highs. In Canada, the affordability index – the ratio of housing prices to incomes – has risen to an all-time high of 1.4.

In the stock market, a few vulnerabilities have emerged; the ratio of debt borrowed against investors’ brokerage account balances has reached all-time highs, which tells you that recent gains are vulnerable to a short-squeeze – which is when brokerages close clients out of their positions.

Worth noting: the rise in margin debt has traced the run-up in the S&P 500.

The VIX – a gauge of expected volatility – has fallen to multi-decade lows, suggesting that markets have grown complacent in the face of the coming crash. Earnings-per-share ratios are looking precariously stretched to dot-com-era levels.

And, finally, a look at intraday trading patterns also reveals signs of strain: Maloney, borrowing from the research of John Hussman of Hussman Funds, the former University of Michigan finance professor who famously predicted the 2008 crisis, explains that lately he’s seen what he calls “exhaustion gaps” appearing with increasing frequency. Hussman defines an “exhaustion gap” as any time the S&P 500 opens 0.5% above its previous close while its within 2% of its all-time high. These gaps show that the supply of capital pouring into the market is thinning, or ” that there are no more suckers willing to buy at the top.”

Bonds have been in a “perfect bull market” for 36 years, Maloney says. But historical patters suggest that the coming shock will likely trigger its demise: Over a span of decades, interest rates have tended to spend about equal time on either side of a peak. If this pattern holds, it would mean that the decadeslong bond-market rally only has two or three years left to run, which brings us to another important question: when the crash comes, what’s it going to look like?

Maloney believes it will unfold in two stages:

In the first, investors will flood into the perceived safety of bond markets, causing a temporary spike, as stocks and real estate markets collapse.

Then all three markets will plummet as the collapse of a catastrophic pile of debt brings about the end of the global dollar-based monetary system.

In the 20th Century, shifts in the global monetary paradigm have occurred about every 30-50 years.

And shifts in secular bond-market trends have tended to mirror them. Maloney, who has long advocated owning gold and silver, also revealed that he has purchased a small share of bitcoin and other cryptocurrencies, though he cautions against owning an outside position. Rising demand in the East has been offsetting falling demand in the U.S. So far, excess capacity in the U.S. market has helped compensate for this as the East has attracted Western gold.

But soon this imbalance will be ameliorated, and the price of gold – which has already risen modestly year-to-date – will see a large, sustained rise.