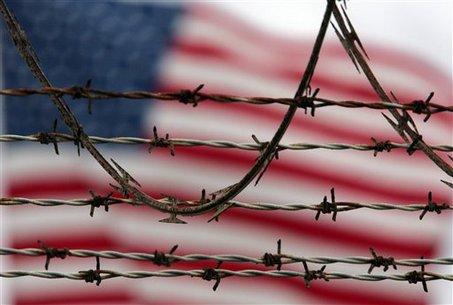 Justice Scalia is just the latest of targeted and politically motivated deaths that have taken place during the Obama Administration, and virtually everyone is raising questions about the suspicious details surrounding his death, including the lack of autopsy or official investigation into the possible causes of death.

The motive is simple: subversion of the laws and rights of this country. Obama is likely enough to get a third Supreme Court appointment, in spite of the opposition. If he doesn’t, Hillary might.

Regardless, an effort that has already been well underway is coming to a head. And there is no reasonable doubt that a larger-than-Nixon enemies list exists, and is being executed.

The United States has been taken over – and the last vestiges of freedom are being destroyed and undone. If they succeed, future generations won’t even remember this time, or the liberties and recognized rights that were once enjoyed, and fought for in blood.

With Antonin Scalia fresh in everyone’s mind and still a topic of controversy, Lisa Haven discusses the list of other such suspicious deaths during recent years – including journalists like Andrew Breitbart and Michael Hastings
– as well is who is next.

There is every reason to think that the death of LaVoy Finicum and the standoff in Oregon with the feds could be used to spark further revolt and would could become a very bloody “patriot civil war” against the system – and they may be targeting, arresting and purging fellow patriots and activists on trumped up charges in order to take out those they most concerned about.

Brandon Smith warns that such a false and provocated effort to suppress the liberty movement and target uproarious individuals may really be underway:

In my recent article “Liberty Activists And ISIS Will Soon Be Treated As Identical Threats,” I examined statements made by the Justice Department’s chief of national security, John Carlin, in an article published by Reuters. Carlin and the Justice Department have made it clear that they intend to apply rules of prosecution used for foreign terrorist organizations to “domestic extremists.” The Oregon standoff was specifically mentioned as an example of such extremism.

Meaning, Carlin is testing the waters of material support laws and such tests may target liberty movement speakers and journalists along with anyone involved in physical opposition.

Cliven Bundy was arrested after arriving by plane in Portland, Oregon, not on any charges relating to the refuge and his son Ammon, but on charges stemming from the Bundy Ranch standoff of 2014.

It has come to my attention from personal sources that there may be a lot of truth to the rumors of pending or retroactive indictments, and that the FBI in particular may be biding its time and waiting to bring charges when particular people are at their most vulnerable and when the movement is less likely to react.

Such a round-up also serves a critical dual purpose of chilling free speech and creating fear of arrest the larger population. As dissent becomes criminalized – against all the protections intended in the Bill of Rights and Constitution – many others will lose their rights or face incarceration over issues related to mental health, outstanding warrants, terrorism/extremism watch lists, and refusal to vaccinate their children.

The pages of history are filled with such phases of genocide and tyranny, and unfortunately, there are many reasons to think that America is on the path to hell via government overreach. As Brandon Smith noted:

At the very onset of what would become the Soviet Empire, Vladimir Lenin decreed the creation of a national internal army called the “Cheka.” The Cheka were handed very broad police powers and tasked with the disruption and elimination of any form of dissent within the communist system. Lenin launched what would later be known as the “Red Terror”, in which nearly every Russian population center had an established Cheka office of operations using surveillance, infiltration, nighttime raids, imprisonment, torture and execution to silence opposition to the authority of the state.

Some of these people were active rebels, some were outspoken political opponents and journalists, others were merely average citizens wrongly accused by neighbors or personal enemies. The Cheka created a society of fear and suspicion in which no one could be trusted and little criticism was spoken above a whisper anywhere, even in one’s own home.

It is important to note, however, that the dominance of the Cheka was established incrementally, not all at once.

History repeats, and we are again at the precipice.

After all, the government is well aware that many millions of Americans aren’t going to go willingly into the FEMA camps. They intend to take out key individuals well in advance, in hopes of quelling dissent and encouraging compliance.

This is a very dark time. Free speech is under threat, and the prospect of a Hillary presidency means even greater abuses may be coming.

Stay vigilant, because our lives depend upon it.

Are You On the Jade Helm Red List and Will You Know When It’s Time to Run?

Red, Blue, Black List: How They Will Handle “People They Deem To Be Dissidents”