“The Dam Could Break On Thursday”: Here Are 12 Quotes That Show The Democrats Are Getting Ready To Impeach Trump 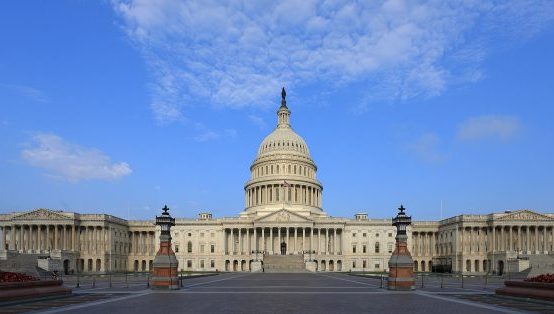 It looks like they are really going to do it.  The Democrats are actually preparing to begin impeachment proceedings, and as you will see below, one senior House Democratic aide is warning that “the dam could break on Thursday”.

That is the day when acting Director of National Intelligence Joseph Maguire is scheduled to testify to the House Intelligence Committee, and Democrats on that committee are going to make it exceedingly clear that they want the whistleblower complaint that is at the center of this latest political firestorm.  It is being alleged that President Trump repeatedly pressured the president of Ukraine to investigate Joe Biden and his son Hunter at a time when Ukraine was desperate for military aid from the United States.  President Trump has publicly admitted that he discussed Joe Biden’s corruption with the Ukrainian president, but he insists that he never actually pressured him to do anything.  Trump is offering to release a full transcript of the call in order to prove his point, but that is not going to satisfy the Democrats.  They want the whistleblower complaint, and they want it immediately.

According to Politico, some sources on Capitol Hill are saying that the possibility of impeachment proceedings is “approaching a certainty”, but so much depends on what happens later this week.

Over the course of this week, Democratic leaders are going to do all that they can to get their hands on the whistleblower complaint, and things are likely to come to a head-on Thursday when acting Director of National Intelligence Joseph Maguire testifies before the House Intelligence Committee.  The following comes from NBC News…

But House Democrats have been pulling together a wide-ranging case to impeach President Donald Trump on a series of alleged past and ongoing crimes against the country — a set of charges that goes far beyond the Mueller report — and all signs point to a possible public inflection point later this week, when acting Director of National Intelligence Joseph Maguire testifies before the House Intelligence Committee.

“The dam could break on Thursday,” one senior House Democratic aide, whose boss has not endorsed impeachment, told NBC News.

Previously, House Speaker Nancy Pelosi had been against impeachment, but now she appears to have changed her tune.

She is insisting that the whistleblower complaint must be turned over, and if that doesn’t happen the New York Times is warning that we should expect “a serious escalation from Congress”…

The fast-moving developments prompted Speaker Nancy Pelosi to level a warning of her own to the White House: Turn over the secret whistle-blower complaint by Thursday, or face a serious escalation from Congress.

By the end of this week, we should have a lot more clarity on what is about to happen.

But at this point, all of the signs are pointing in one direction.  The following are 12 quotes that show that the Democrats are getting ready to impeach Trump…

–House Intelligence Committee Chairman Adam Schiff: “I have been very reluctant to go down the path of impeachment, for the reason that I think the founders contemplated, in a country that has elections every four years, that this would be an extraordinary remedy, a remedy of last resort, not first resort. But if the president is essentially withholding military aid at the same time that he is trying to browbeat a foreign leader into doing something illicit, that is, providing dirt on his opponent during a presidential campaign, then that may be the only remedy that is coequal to the evil that that conduct represents.”

–Congresswoman Carolyn B. Maloney: “I first called for impeachment back in June. These latest revelations re: POTUS and Ukraine are absolutely outrageous – they take impeachable offenses to a whole new level, and emphasize the urgency for IMMEDIATE action.”

–Congressman Al Green: “”It is time for the Congress to do its job and start the impeachment process, not an inquiry.”

–Representative John Larson: “The Director of National Intelligence must comply with the law on Thursday. If not, the Trump Administration has left Congress with no alternative but for the House to begin impeachment proceedings, which I will support.”

–House Speaker Nancy Pelosi: “The Inspector General determined that the matter is ‘urgent’ and therefore we face an emergency that must be addressed immediately.”

–Congressman Al Green: “We are at the crossroads of accountability. Either we will hold the president accountable, or we will be held accountable.”

–Alexandria Ocasio-Cortez: “At this point, the bigger national scandal isn’t the president’s lawbreaking behavior – it is the Democratic Party’s refusal to impeach him for it.”

–Congressman Dean Phillips: “I came to Congress on a mission to clean up corruption and restore America’s trust in our government. The President’s pattern of behavior is corrupt at best, treasonous at worst, and puts our rule of law at risk.”

–Representative Pramila Jayapal: “It is a deeply serious time, and I think we have a constitutional crisis and I think there is only one remedy at this point.”

–Congresswoman Angie Craig: “We have a responsibility to ensure that no one is above the law — particularly our elected leaders. Yesterday, the President and his personal counsel confessed to asking the Ukrainian government to interfere with a political rival. Additionally, President Trump threatened to withhold military aid to our ally if they did not comply. It is clear that the sitting president of the United States placed his own personal interests above the national security of the United States. We must safeguard our electoral process and our very democracy from outside threats. For this reason, the current investigations into corruption must continue. And when there is an abuse of power of this magnitude, it is our responsibility to stand up for what is right. This is why I am calling to open impeachment proceedings — immediately, fairly, and impartially.”

And if impeachment proceedings do move forward, they won’t just be focused on the discussions that Trump has had with the president of Ukraine.

According to NBC News, Democrats are likely to include a whole host of “impeachable offenses” in their charges against Trump…

The other buckets of potentially impeachable offenses include obstruction of Congress, a category that covers a laundry list of efforts by Trump to prevent the House from obtaining testimony and documents from various federal officials, agencies and even people who do not work for the government — like Lewandowski — over whom Trump has sought to limit disclosures by asserting executive privilege.

The latest CNN count has 137 of the 235 Democrats in the House in support of impeachment, but the floodgates have now opened and more are coming out in favor of beginning impeachment proceedings with each passing day.

And with Democrats having a solid majority in the House, there is little doubt as to what the outcome would be.

But the problem for Democrats has always been the Senate where Republicans hold a slim majority.  The Republicans currently hold 53 seats, and that always seemed to be an insurmountable obstacle to removing Trump from office.

However, things may have changed due to this latest scandal.  At this point, even Senator Mitt Romney seems deeply troubled by what he is hearing…

Senator Mitt Romney of Utah, the Republican presidential nominee in 2012, was more critical, deeming it “critical for the facts to come out” and saying, “If the president asked or pressured Ukraine’s president to investigate his political rival, either directly or through his personal attorney, it would be troubling in the extreme.”

If push came to shove, it is probably likely that Mitt Romney would vote to remove Donald Trump, and if Trump was removed from office that would open up the door for him to make a run for the White House in 2020.

In addition to Romney, there are several other “moderate” Republicans that will be critical to the outcome of any push for impeachment.  Many of them are not particularly fond of Trump, and Trump knows it.

We have reached one of the most critical moments in American history, and it was probably inevitable that the Democrats were going to come for Trump eventually.

Now we are on the verge of a constitutional crisis that could shake America to the core, and either way, the end result is likely to leave tens of millions of Americans deeply angry.

Political tension has been rising to a breaking point for a long time in this nation, and this could be the spark that unleashes chaos that nobody is going to be able to control.

So let us hope for peace, and let us hope that the Democrats are not really as serious about impeachment as they appear to be at this moment.