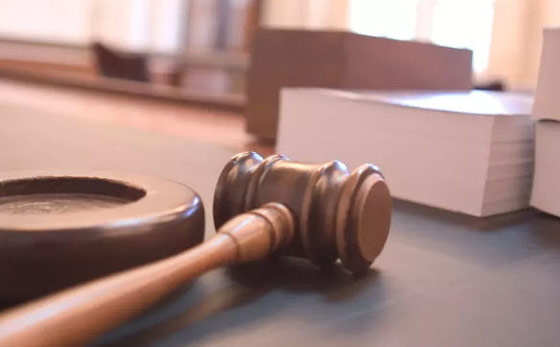 The system used by the Dept. of Education to collect on defaulted student loans came to a standstill in the last month, leaving an estimated 91,000 accounts in limbo, when the agency ordered debt collectors under contract to stop making collections on accounts.

As Consumerist’s Ashlee Kieler reports, consumers who expected their student loan payments to be deducted from their bank accounts this month have reportedly found the funds untouched, and their calls to the companies unanswered thanks to a Department of Education’s order prohibiting the debt collection companies from working on default accounts in response to two lawsuits against the agency.

The strange turn of events began with a lawsuit filed by two debt collection companies, who claim they were unfairly were fired by the Obama-era Education Department for poor performance. On March 29, the judge issued a temporary restraining order that prevented any new defaulted borrowers from being assigned to debt collectors and put into rehabilitation programs. Instead, the borrowers have piled up inside the department’s system, waiting.

On April 21, the government ordered the debt collectors involved in the suit to stop work altogether on defaulted accounts: no phone calls, no withdrawals from student accounts, nothing.

The Education Department and the Justice Department are partly to blame for “unnecessarily” throwing a wrench into the entire defaulted loan system, one attorney with knowledge of the case told BuzzFeed News, because they’ve been unable to come to a resolution that allows the loan system to kick back into gear. “There’s no fix in sight.”

Judge Susan Braden has extended the emergency order [PDF] several times since then, noting that it was made to “preserve the status quo to protect the interests of all parties and to afford the government an opportunity to reach a global solution” to two lawsuits against the Dept. of Education.

The cases, filed separately by several debt collection firms, claim that the Dept. of Education unfairly terminated their contracts with the companies.

More recently, the Dept. of Education ordered servicers to stop work on defaulted accounts. The actions, the companies argued in court filings [PDF], “fundamentally alter the status quo and are not fiscally responsible to the borrowers or to the federal taxpayers.”

“Thus, the well-documented student loan crisis will become a pandemic not because this Court ordered that result, but because [Dept. of Education] thinks that is what this Court expects,” the companies argue.

This week, the Dept. of Education submitted a court filing detailing how the Judge’s order and its subsequent suspension of collection activities has affected consumers, Career Education Review reports.

The Dept. claims that the action “has effectively shut down the Government’s defaulted student loan collection program,” with an estimated 91,000 borrowers now stuck in limbo because their accounts weren’t assigned to a debt collector in April.

Additionally, the Dept. argues that by not assigning borrowers to collectors “tens of thousand of borrowers have been prevented from gaining access to rehabilitation programs” and other benefits.

BuzzFeed News reports that debt collection agencies say that since the Department ordered a stop to collection activities they have been inundated with calls from borrowers.

However, the companies can’t help the customers. This, they claim, has resulted in thousands of messages and complaints from borrowers.

The collectors, BuzzFeed reports, claim that because of this borrowers will re-default and those enrolled in repayment programs could lose their eligibility.

Suzanne Martingale, policy staff attorney for our colleagues at Consumers Union, tells Consumerist that the stop in collections and payments could do “untold damage to borrowers.”

“Meanwhile, they’re going to rack up a ton of charges as more interest accrues on their loans,” she adds.

As the work stoppage drags on, consumer protection advocates are confused about where borrowers stand, especially given a tangle of other lawsuits involving the loan companies and the government. “The whole process has been completely mind-boggling,” said Persis Yu, the director of the Student Loan Borrower Assistance Project at the National Consumer Law Center, who called the standstill “mystifying from a consumer protection standpoint.”