The Boom Turns Into A Bust – Here are 14 Signs That The U.S. Economy Is Steadily Weakening 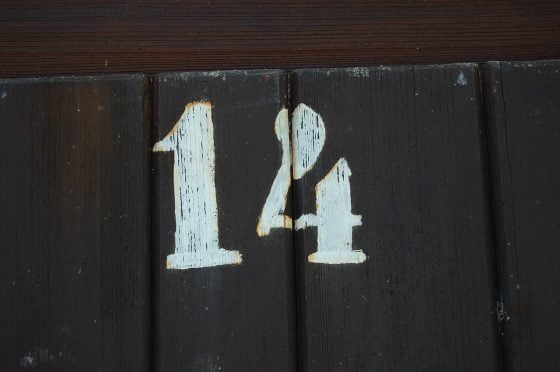 There should no longer be any doubt that the U.S. economy is slowing down, but most Americans still don’t realize what is happening because the major news networks are completely focused on the endless impeachment drama that is currently playing out in Washington.  And without a doubt that is important, because it threatens to literally rip our entire nation in two.

But meanwhile, economic activity has taken a very ominous turn.  Hiring is slowing, consumer confidence is plunging, defaults on auto loans are rapidly escalating, the “transportation recession” continues to get deeper and it appears that the housing bubble is popping.  Everywhere we turn, there are signs of economic trouble, and many are deeply concerned about what this will mean for us as we head into a pivotal election year in 2020.

Not since the last recession have we seen numbers this bad.  The “mini-boom” that we witnessed for several years has now turned into a “bust”, and very tough times are ahead.

The following are 14 signs that the U.S. economy is steadily weakening…

#2 Consumer confidence in the United States has now declined for 3 months in a row.

#3 Defaults on “subprime” auto loans are happening at the fastest pace that we have seen since 2008.

#4 The percentage of “subprime” auto loans that are at least 60 days delinquent is now higher than it was at any point during the last recession.

#5 Vacancies at U.S. shopping malls have hit the highest level since the last recession.

#6 Destination Maternity has announced that they will be closing 183 stores as the worst year for store closings in U.S. history just continues to get worse.

#7 The Cass Freight Index has now fallen for 10 months in a row.

#8 U.S. rail carload volumes have plunged to the lowest level in 3 years.

#9 In September, orders for class 8 heavy-duty trucks were down 71 percent.

#11 The bad news just keeps rolling in for the real estate industry.  Last month, existing-home sales in the United States declined by another 2.2 percent.

#12 New home prices have fallen to the lowest level in almost 3 years.

#13 According to one recent report, 44 percent of all Americans don’t make enough money to cover their monthly expenses.

#14 A recent survey found that more than two-thirds of all U.S. households “are preparing for a possible recession”.

All over the country, economic activity is slowing down, and this is hitting many small businesses particularly hard.

In Wisconsin, one aluminum firm “has seen bookings plunge by 40 percent” and was forced to lay off workers as a result…

Sachin Shivaram, the chief executive of Wisconsin Aluminum Foundry, started to worry this summer when orders for his brake housings and conveyor belt motors first grew scarce. Within weeks, what began as mild concern snowballed into a business drought that has seen bookings plunge by 40 percent.

In August, Shivaram, 38, reluctantly laid off two dozen workers, hoping to recall them when the outlook improved. It hasn’t.

“Things are not good. We didn’t anticipate this level of deterioration,” he said. “Orders are down across the board.”

Of course, there are hundreds of other examples just like this one.

As times get tougher, many U.S. consumers are increasingly turning to debt to help make ends meet.

For those at the low end of the economic food chain, getting approved for credit cards and other conventional forms of debt can be quite difficult.  This has opened up a door for online financial predators, and they are making a killing by making loans to people that really can’t afford them.

In fact, it is being reported that online lending has become a $50 billion industry, and sometimes these “loans” carry annual interest rates of more than 100 percent…

It’s called the online installment loan, a form of debt with much longer maturities but often the same sort of crippling, triple-digit interest rates. If the payday loan’s target audience is the nation’s poor, then the installment loan is geared to all those working-class Americans who have seen their wages stagnate and unpaid bills pile up in the years since the Great Recession.

In just a span of five years, online installment loans have gone from being a relatively niche offering to a red-hot industry. Non-prime borrowers now collectively owe about $50 billion on installment products, according to credit reporting firm TransUnion. In the process, they’re helping transform the way that a large swathe of the country accesses debt. And they have done so without attracting the kind of public and regulatory backlash that hounded the payday loan.

Just like the “payday loan” industry flourished during the last recession, now predatory lending is flourishing during this present era.

Unfortunately, as “the everything bubble” bursts, times are going to be very tough for all of us during the years ahead.

‘When this thing implodes, we are all screwed. On a global scale, we have never before created such a magnificent bubble. These central bankers are clueless, and they have proven that beyond a doubt. All they can do is to try to keep the bubble going.’

We should give the central bankers credit for keeping the bubble going for as long as it has.  It should have never lasted this long, but thanks to unprecedented intervention they have been able to keep it alive.

But no financial bubble lasts forever, and now things have started to shift in a major way.

2020 is rapidly approaching, and the time of “the perfect storm” is now upon us.

I encourage you to do what you need to do to weather the coming economic storm because it is not going to be pleasant.

About the Author: I am a voice crying out for change in a society that generally seems content to stay asleep.  My name is Michael Snyder and I am the publisher of The Economic Collapse Blog, End Of The American Dream and The Most Important News, and the articles that I publish on those sites are republished on dozens of other prominent websites all over the globe.  I have written four books that are available on Amazon.com including The Beginning Of The End, Get Prepared Now, and Living A Life That Really Matters.  (#CommissionsEarned)  By purchasing those books you help to support my work.  I always freely and happily allow others to republish my articles on their own websites, but due to government regulations, I can only allow this to happen if this “About the Author” section is included with each article.  In order to comply with those government regulations, I need to tell you that the controversial opinions in this article are mine alone and do not necessarily reflect the views of the websites where my work is republished.  This article may contain opinions on political matters, but it is not intended to promote the candidacy of any particular political candidate.  The material contained in this article is for general information purposes only, and readers should consult licensed professionals before making any legal, business, financial or health decisions.  Those responding to this article by making comments are solely responsible for their viewpoints, and those viewpoints do not necessarily represent the viewpoints of Michael Snyder or the operators of the websites where my work is republished.  I encourage you to follow me on social media on Facebook and Twitter, and anyway that you can share these articles with others is a great help.