The American People Are The Number One Target: “They Are Tightening The Screws” 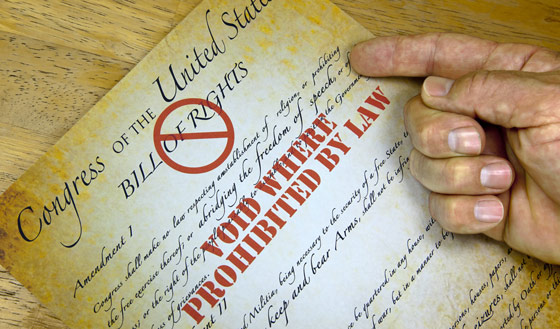 A little more than a week ago it was announced that Whole Foods was bought by Amazon.com for just under $14 billion.  One of the major problems with this is that Jeff Bezos, the head of Amazon has deep ties with the CIA and the Federal government.  Wal-Mart being fully in the government’s pocket and now Whole Foods brought under thumb as well, how much longer before Kissinger’s “Food as a Weapon” principle is brought to bear?  A good article was just released by Jon Rappaport entitled Buy your food from the CIA: Amazon buys Whole Foods, that is worth reading.

As if that connection is not nefarious enough, there is more: it appears a new cloud technology is being produced for the CIA from…you guessed it…none other than the CIA, as is excerpted here:

The intelligence community is about to get the equivalent of an adrenaline shot to the chest. This summer, a $600 million computing cloud developed by Amazon Web Services for the Central Intelligence Agency over the past year will begin servicing all 17 agencies that make up the intelligence community. If the technology plays out as officials envision, it will usher in a new era of cooperation and coordination, allowing agencies to share information and services much more easily and avoid the kind of intelligence gaps that preceded the Sept. 11, 2001, terrorist attacks.

“The Details About the CIA’s Deal with Amazon,”

Guess the data center that ran taxpayers billions that is in Utah is not enough, nor the fusion centers in every state.  Did you like “…a new era of cooperation and coordination…” between the friendly agencies?  And all to “avoid intelligence gaps,” just for your protection, right?

They are tightening the screws, little by little, while they refine all the control mechanisms and place that security web over their number one target: the American people.  They are taking control of the food supply incrementally.  Water?  Yes, here in Montana, the state just sent out a form for property owners to declare their water rights…as the CKST (Confederated Kootenai &Salish Tribes) Water Compact was passed into law in Montana in 2014.  Actions will be taken within the next two years.

As enumerated in other articles, Montana kicked in $3 million after the liberals in the state House and Senate, as well as the liberal governor, Bullock (D, MT) signed the water compact into law.  The shortfall is $8 million, as the total state commitment was $11 million.  They are just waiting for the Senate to ratify this as a Federal treaty, and then they can (ostensibly on “behalf” of the Indian Tribes) place meters on everyone’s wells…off of the reservation…and “manage” the water on behalf of the Indian Tribes…enforced by DHS.

This is a small slice of the country as a whole.  They are following full speed ahead with the Agenda 21 Directive to take over everyone’s food, water, land…everything.  A war will surely enable them to throw the Executive Order 13603 into action to confiscate and control every resource in the United States, including human labor…slave labor, to be precise.  Incrementally they place these laws into effect, and the stultified public, thinking only of the next barbeque and fireworks party is dumbed down into inactivity.

There’s enough going on in the international arena that is capturing everyone’s attention, such as North Korea’s missile tests and threats, China’s aggressive South China Sea/Senkaku islands maneuvering, and the Syrian debacle unfolding with the U.S. ratcheting up the tough-talk of blaming Russia and Iran for any “Syrian chemical attack” that comes along.  Russia also just deployed a new satellite, and there is the possibility that in a televised broadcast, he sent out a message to “sleeper” agent in the West.  See the article by Stefan Stanford entitled Vladimir Putin sends message to ‘Russian Sleeper Agents’ in West as Russia Launches Top Secret Military Satellite.

“Hammer and Anvil” usually refers to a military maneuver to crush an enemy force between two friendly elements.  This maneuver is being employed here and now, as well: either crush the United States and enslave its people domestically, with an economic collapse or civil war, or just initiate a war with another country and enslave the citizenry afterward.  Either way, they are pushing their agenda forward each day.  It is just a matter of time to find out which of the two vehicles…international war or domestic tyranny…that they will employ to obtain their globalist and totalitarian objectives.