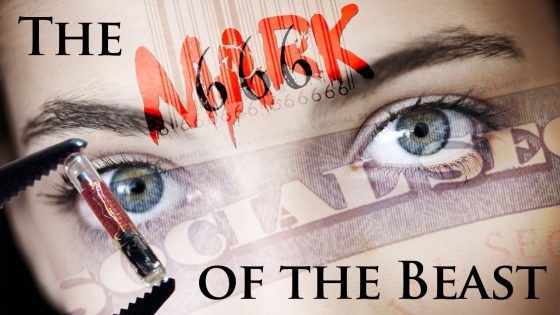 Testing will soon begin in poverty-stricken parts of Africa for a biometric ID which will also be your payment system and vaccine record. The biometric digital identity platform that “evolves just as you evolve” is backed by none other than the Bill Gates-backed GAVI vaccine alliance, Mastercard, and the AI-powered “identity authentication” company, Trust Stamp.

The GAVI Alliance, which is largely funded by the Bill and Melinda Gates and Rockefeller Foundations, as well as allied governments and the vaccine industry, is principally concerned with improving “the health of markets for vaccines and other immunization products,” rather than the health of individuals, according to its own website. Similarly, Mastercard’s GAVI partnership is directly linked to its “World Beyond Cash” effort, which mainly bolsters its business model that has long depended on a reduction in the use of physical cash.

Reducing the use of cash is needed. Cash is impossible to track, but if you use centralized digital currency, the ruling class has complete control over what you can spend.

The program, which was first launched in late 2018, will see Trust Stamp’s digital identity platform integrated into the GAVI-Mastercard “Wellness Pass,” a digital vaccination record and identity system that is also linked to Mastercard’s click-to-play system that powered by its AI and machine learning technology called NuData. Mastercard, in addition to professing its commitment to promoting “centralized record keeping of childhood immunization” also describes itself as a leader toward a “World Beyond Cash,” and its partnership with GAVI marks a novel approach towards linking a biometric digital identity system, vaccination records, and a payment system into a single cohesive platform. The effort, since its launch nearly two years ago, has been funded via $3.8 million in GAVI donor funds in addition to a matched donation of the same amount by the Bill and Melinda Gates Foundation. –Activist Post

In early June, GAVI reported that Mastercard’s Wellness Pass program would be adapted in response to the coronavirus (COVID-19) pandemic. Around a month later, Mastercard announced that Trust Stamp’s biometric identity platform would be integrated into Wellness Pass as Trust Stamp’s system is capable of providing biometric identity in areas of the world lacking internet access or cellular connectivity and also does not require knowledge of an individual’s legal name or identity to function. The Wellness Program involving GAVI, Mastercard, and Trust Stamp will soon be launched in West Africa and will be coupled with a COVID-19 vaccination program once a vaccine becomes available.

What is perhaps most alarming about this new “Wellness Pass” initiative, is that it links these “dual use” digital solutions to cashless payment solutions that could soon become mandated as anything over than touchless, cashless, methods of payment have been treated as potential modes for contagion by GAVI-aligned groups like the World Health Organization, among others, since the pandemic was first declared earlier this year. –Activist Post

Do you get it yet? It’s all tied into the same thing, and the plandemic is an excuse to roll this out. Wake up. They are not coming to save you, quite the opposite, actually.

For those stuck on the line of thinking that President Donald Trump said this “vaccine will be voluntary,” you are probably correct. It’ll be “voluntary” all right. And if you don’t get it and participate in the new biometric ID program, you won’t be able to buy or sell anything, including food. That sounds nothing like the definition of voluntary to me, but believe in whatever religion you wish and put your trust in whomever you want. I’ll rely on myself instead of some politician to save me.

Oh, just what does Trump need 300 million doses of the vaccine for if it’s going to be “voluntary?” We are in for a “dark winter” as they have already told us several times. It’s time to apply critical thinking and stop falling for all of these psyops.

This doesn’t mean you shouldn’t remain vigilant and know what’s going on. Get your preps in order. Do another audit, buy some more food, and improve your water storage.  This system is here and it will not be voluntary in any sense of the word.  It’s similar to our “voluntary tax” system. Go ahead and choose to not pay, and men with guns will come to your house to make you pay. Yep, that’s how voluntary interaction works (note: that was sarcasm). Believe any politician you want, but they are all puppets for the Federal Reserve, and their takeover is imminent unless we wake up and stand together.

The entire breakdown of this new beast system can be read by clicking here.

Don’t just trust my word. Look into these issues for yourself. Everything is linked above, and better yet, find your own information. I would implore all of you to not just believe what you are being told by anyone, including Trump or myself. Research, read, learn, and prepare.