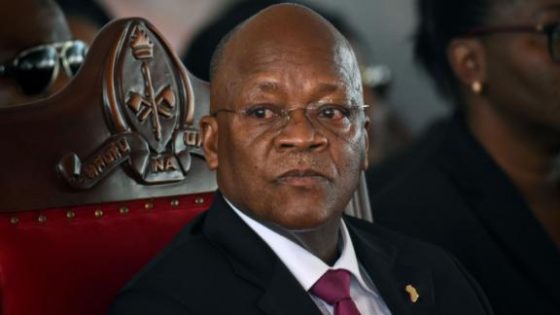 Tanzania’s President John Magufuli has died at a hospital in Dar es Salaam, the country’s vice president announced in a televised address on Wednesday. He was 61 years old. He also was responsible for helping show that the way the PCR tests were being used were a scam in and of themselves.

Does anyone remember this? The Tanzanian president was a part of showing that this was a scam. So is his death suspicious? We will let you decide.

President John Magufuli said during an event in the northwest of Tanzania that the test kits were imported from overseas, but did not say where according to the Independent.  He said that in order to evaluate the quality of the kits, Tanzanian security forces randomly obtained non-human samples, including from a pawpaw (papaya), a goat, and a sheep. The random samples were assigned human names and ages and sent to a laboratory to test for coronavirus.

A lot of these samples can back positive for COVID-19. Not too long after that test was conducted:

The Tanzanian President was also kicked out of the World Health Organization after goat and papaya samples came COVID-19 positive.

Tanzania also helped expose the “COVID Aid” that was conditional upon imposing restrictive and enslavement measures on the populations of one’s country.

Now it appears that the rulers of the planet have had enough of Magufuli.  Or did he actually die of a “heart ailment” as the mainstream media would have us believe?

“President John Magufuli died of a heart ailment that he has battled for over 10 years,” Samia Suluhu Hassan said according to CNN. She added that the president had been receiving treatment at Mzena hospital since Sunday, and announced 14 days of national mourning.

Here’s another take on Magufuli’s death. It warrants listening to:

Do the elitists and the ruling class manipulate our perspective and reality to manufacture consent to our own enslavement? Absolutely. Use your own critical thinking skills and discernment to figure things out.  You don’t need the master’s propaganda machine to give you answers.