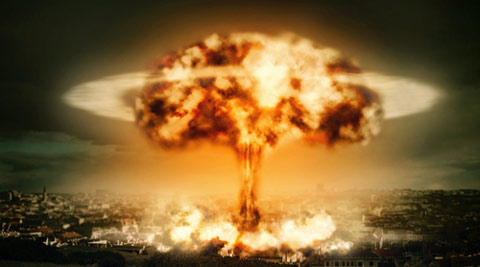 As a preface to the following excerpt from Russian State-sponsored television, it’s import to note that freedom of speech in Russia has been effectively eliminated in recent weeks. Laws and regulations set to punish anyone who speaks against the state have been authorized, and as of this morning, web sites that disseminate opinions contrary to the will of the state have been silenced.

Russia’s government has escalated its use of its Internet censorship law to target news sites, bloggers, and politicians under the slimmest excuse of preventing unauthorized protests and enforcing house arrest regulations. Today, the country’s ISPs have received orders to block a list of major news sites and system administrators have been instructed to take the servers providing the content offline.

Thus, the only information now being made available to the Russian public comes from news sources friendly to the Kremlin.

One such source is the State-sponsored Rossiya 1 television station and it’s clear that they are, just as our mainstream news sources here in the United States, shoveling propaganda to the people by the ton:

A leading anchor on Russian state television on Sunday described Russia as the only country capable of turning the United States into “radioactive ash”, in an incendiary comment at the height of tensions over the Crimea referendum.

“Russia is the only country in the world realistically capable of turning the United States into radioactive ash,” anchor Dmitry Kiselyov said on his weekly news show on state-controlled Rossiya 1 television.

Kiselyov made the comment to support his argument that the United States and President Barack Obama were living in fear of Russia led by President Vladimir Putin amid the Ukraine crisis.

He stood in his studio in front of a gigantic image of a mushroom cloud produced after a nuclear attack, with the words “into radioactive ash”.

Putin last year appointed Kiselyov head of the new Russia Today news agency that is to replace the soon to be liquidated RIA Novosti news agency with the aim of better promoting Russia’s official position.

We’re not suggesting that a news report from a TV anchor is indicative of an impending nuclear attack, but one certainly can’t be ruled out should political solutions in the Ukraine fail. Moreover, this is state-sponsored, which means that the message was likely approved by the Kremlin itself.

The Propaganda is running thick on both sides of the pond.

With the Obama-Kerry imposed deadline for Putin to pull his troops back very quickly approaching, the world awaits.