“State of Emergency, the Entire Bridge Is Compromised”: The Moment a Burning Section of I-85 in Atlanta Collapsed 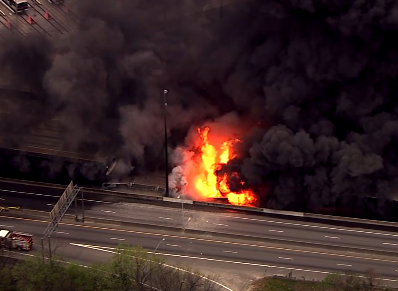 If you were looking for confirmation that the nation’s infrastructure needs a complete overhaul, a collapsing bridge in Atlanta may have provided it in stark imagery.

Around 6:30 p.m. Thursday night, a fire broke out under a section of the highway bridge on busy I-85 in Atlanta, Georgia. Just thirty minutes later, a huge section of that bridge burst into flames and completely collapsed.

Amazingly, no motorists were injured when this happened:

“This is as serious a transportation crisis as we could have,” Mayor Kasim Reed said, noting that he had spoken with the FBI and terrorism was not suspected at this time.

Authorities still don’t know what exactly caused the fire as the entire area is still too unsafe for crews to examine, but it is believed that PVC piping stored under the bridge (as shown on a screen capture from Google maps below) caught fire first. 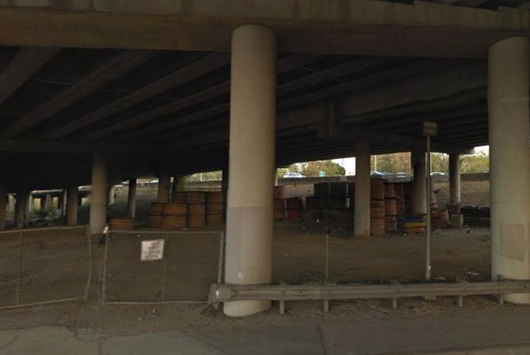 Georgia Governor Nathan Deal has declared a state of emergency, however, as authorities claim the entire transportation network in Atlanta has been significantly impacted, including five different public bus lines. In addition, DeKalb County Schools were canceled Friday, City of Atlanta government offices won’t open until 10 am, and all non-essential DeKalb County government workers will not be required to report in to work.

City officials have no idea when the bridge in what is otherwise a heavy traffic area will be able to be fixed.

In other words, traffic is going to be a bitch.

Staggering Security Holes In Power, Water, and Oil Grid Infrastructure; 40% of Utility Companies Expect to Be Attacked in the Next 12 Months