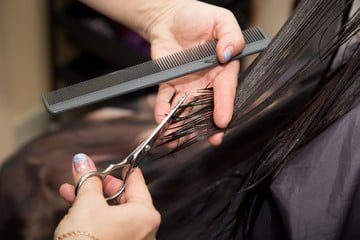 In socialist Venezuela, women have taken to selling their hair in order to avoid starving to death. An increasing number of women are abandoning their long locks in exchange for a few dollars just so they can survive.

The hair sold will be made into wigs and hair extensions.  Women are now abandoning their hair as the demands of daily survival force them to quit much of their daily hygiene and self-care rituals. Venezuela has had a long and historic obsession with beauty and is a country known globally for its success in beauty pageants. Venezuelan women no longer prioritize their own beauty and self-care but instead focus on buying food in a country where the International Monetary Fund predicts hyperinflation will reach 10,000,000% this year, according to the Associated Press.

Venezuela has been crushed by devastating socialist policies enacted by President Nicolas Maduro in an effort to control the lives of the public and increase government power. A socialist dystopia is redundant and Venezuela is evidence of such.

Women are chopping off their hair for money because hair washing and maintenance has just become less important than food.

As Venezuela fell into darkness following an already tumultuous period of starvation and unrest, many thought things couldn’t get any worse.

So bad, in fact, that local water systems are no longer functioning, which means in addition to a lack of food and medicines, the people of socialist Venezuela are now struggling to gain access to potable water. –The Daily Sheeple

Venezuela is a shining example of why we prepare.  An economic collapse is not out the question in the United States.  As government power grows, the public’s power wanes, and we are reaching a tipping point.  Could the U.S. look like Venezuela one day? Perhaps. And if that happens, those who have chosen to prepare will be in a much better place than those who brushed off the warnings of socialism.